The 1:35 CSM Lancia 1ZM is a really beautiful kit and when the company announced that it will also be produced in 1:72 I was really happy. When it came onto the shelves at my favorite hobby shop I immediately purchased one and started to build it. This really good-looking Italian armored car was even used by our legionnaires – which is why I bought another kit with Vizimodels accessories to recreate the Czechoslovak Lancia. However, the first one is going to be Italian, inspired by this fine photograph. The build went really smoothly because the kit is top-notch quality. The only flaw was the connection between the front part and the rest of the turret. Few upgrades were made, namely new steps, drilled lamps, a hood strap, and a few closed visors. The 3D printed folding bike was a gift from my friend.
I used AK 3rd Generation paints for the first time on this model so it was accompanied by testing and experimenting with thinner. On this Lancia, I specifically used AK11375 Slate No3. The white/red stripes are one decal (by Cartograf) and it was great to work with. After all of that, the weathering followed, but the whole effect was rather reduced by the matt varnish which I didn’t appreciate. The kit chassis is beautifully rendered which can be seen in the photograph.
Overall I am satisfied with this kit and my finished model. If someone is not convinced yet about buying it – just do it! It’s worth it. 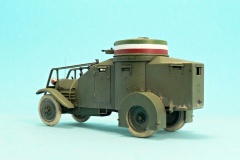 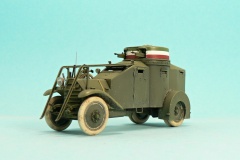 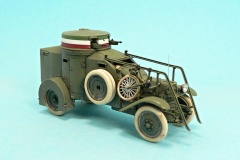 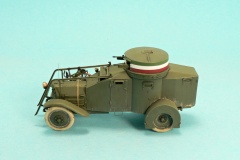 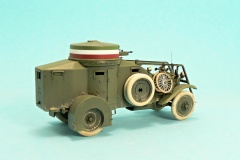 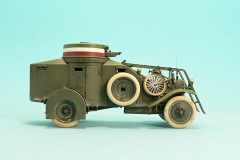 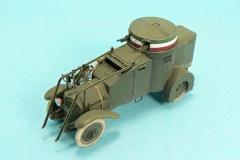 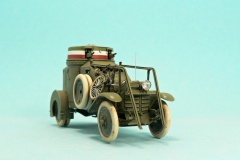 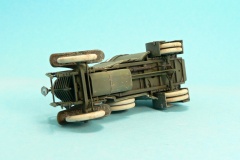