The Königstiger was one of the heaviest tanks of World War II and with its 88-millimetre gun, it was very dangerous.

Due to its parameters and also technical shortcomings, the tank was more suited for defensive operations. So it is not surprising that this heavy colossus did not prove itself in the Battle of the Bulge. Many Königstigers remained far behind the main assault force due to various technical defects. One of the best documented Königstigers in the Ardennes operation is vehicle number 222 of Oberscharführer Kurt Sowa from the elite unit SS-Pz.Abt.501. This tank was deployed in the southern part of Kampfgruppe Peiper’s area of operations. On 19.12.1944 Kurt Sowa arrived in the Stavelot village and joined the battle. While supporting an attack on 20 December, his tank was knocked out by an M10 tank destroyer, ending its combat activities. The tank was not set on fire and so the crew abandoned it unnoticed during the night. 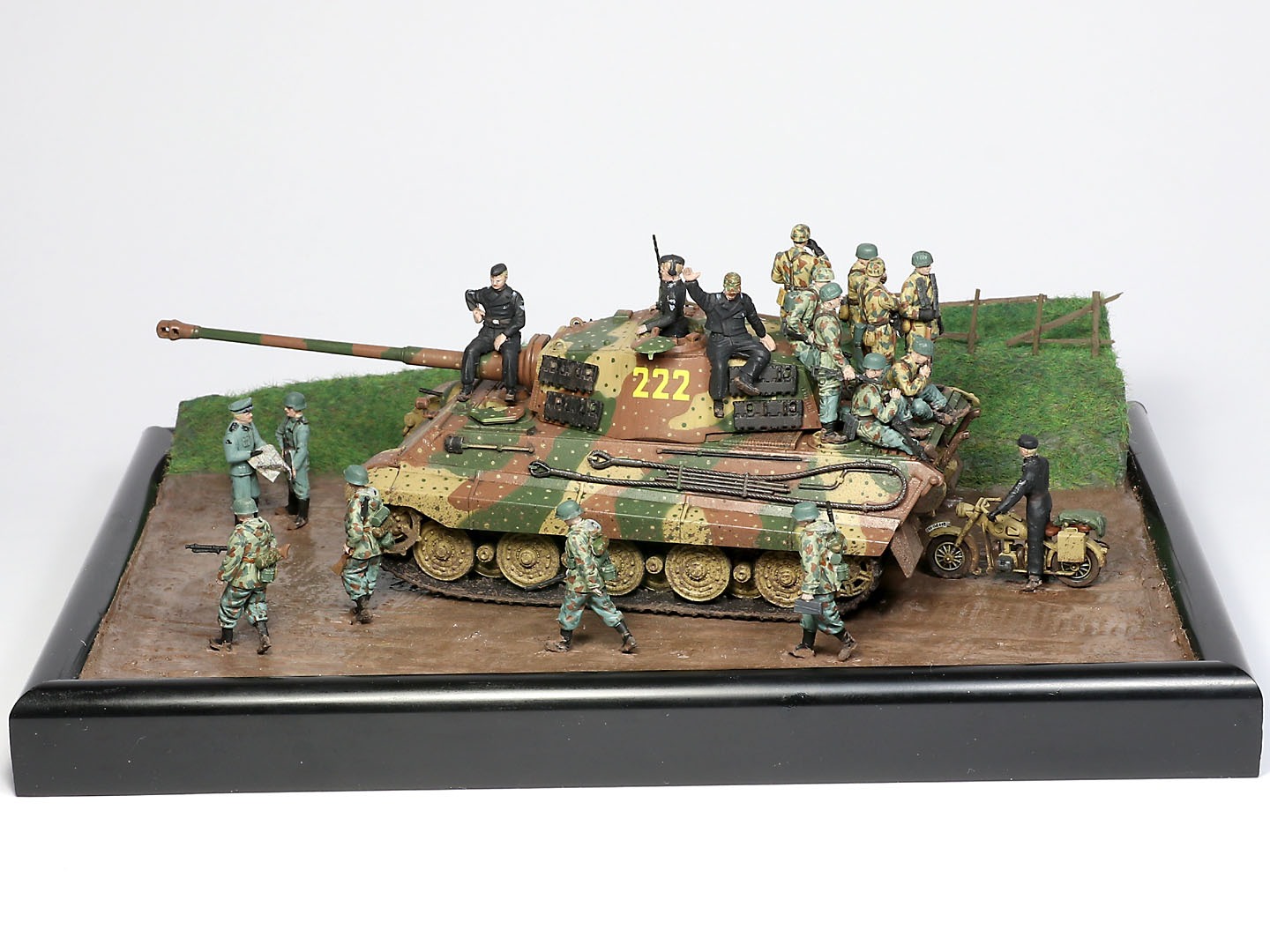 Dragon’s Kingtiger model was interestingly composed. It contains two sets of the same paratrooper figures and is marked Part I. Those who would like the second part of the figures must get the Part II box, or trade one set of figures with someone, as I did. The figures quite faithfully depict the paratroopers of the 3 Fallschirmjäger division, inspired by a very famous period photograph which also inspired me to create this rather large diorama. I started the build in the year 2008! With a lot of breaks, it lasted 13 years. Why so long? First of all, I am not well experienced in building armour subjects, let alone dioramas with people in them. Despite the kit fitting well, I faced a lot of setbacks and challenges which I can easily solve with airplanes but not with armour. For example, I made an investigation about the weather at the time of the battle in order to make an authentic terrain for my diorama. 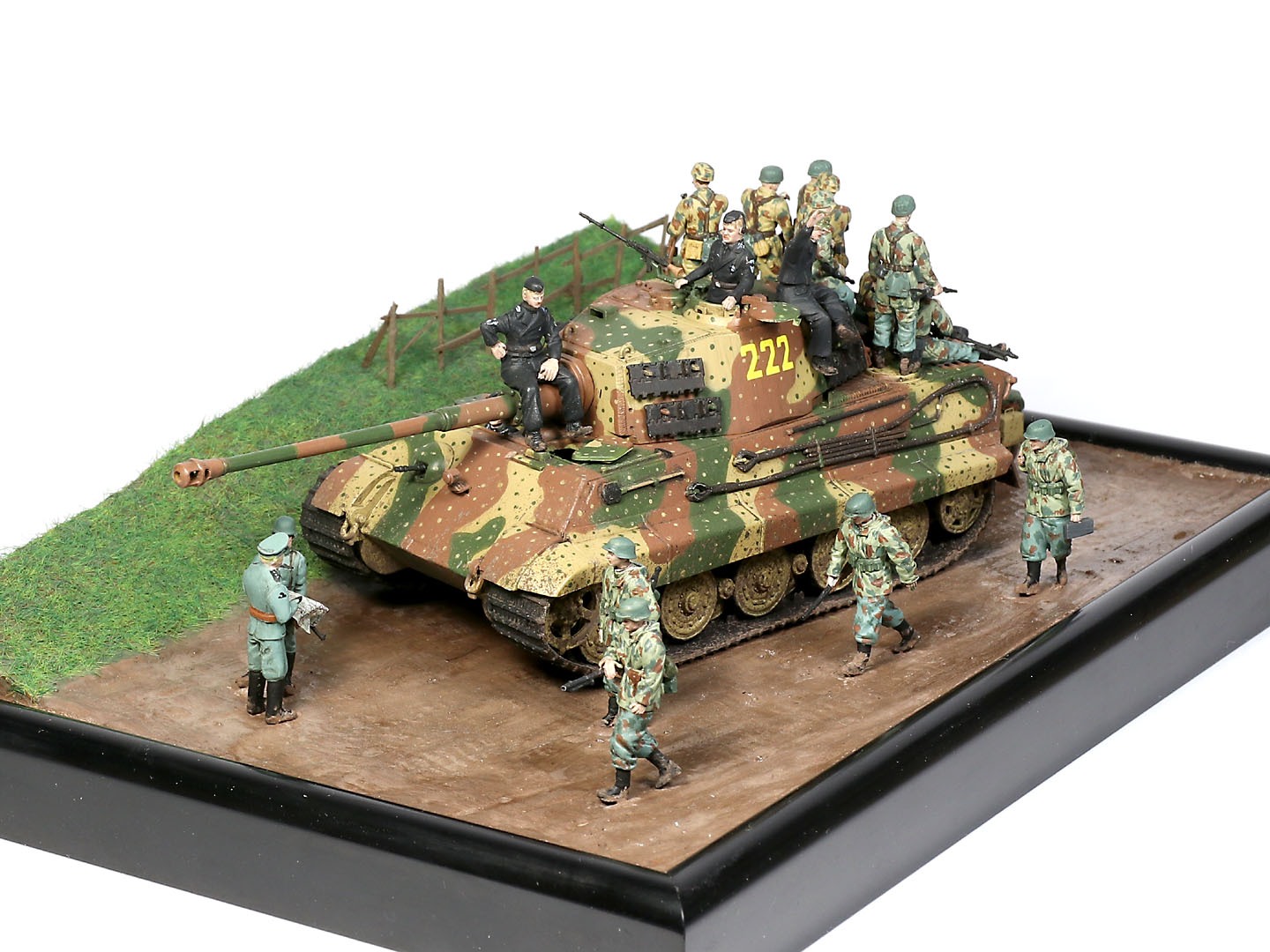 The build itself can be split into 4 parts:

1. The tank – The build was without any significant troubles. Camouflage was quite specific as the ambush spots were sprayed. I also removed a part of the fender as it is proven the subject didn’t have it before arriving in Stavelot.

2. The motorcycle liaison – The basic miniature is from an old set. I reconstructed it to fit a similar pose according to the photo. Later on, I again cut the hand offering cigarettes to paratroopers, as it was looking weird. The motorcycle is from an Airfix set. I reconstructed it into acceptable form but I am aware it is not fully accurate. Btw, as my friend noted, the uniform should be a leather coat worn by submarine crews.

3. Figures – As mentioned before, paratroopers are straight OOB. Tank crews are a mix of MIG production sets. Marching soldiers are Warrior set and the others I found in my stash. Well, the figures are the weakest point in my diorama. I am aware they are not accurate (excluding paratroopers). Tank crews should have winter jackets. Marching soldiers are from the Wehrmacht division, which didn’t operate in the commando Peiper area.

4. The terrain -The base is a photo frame filled and sculpted from plaster. The field is made from static grass and the fence is a scratch build. 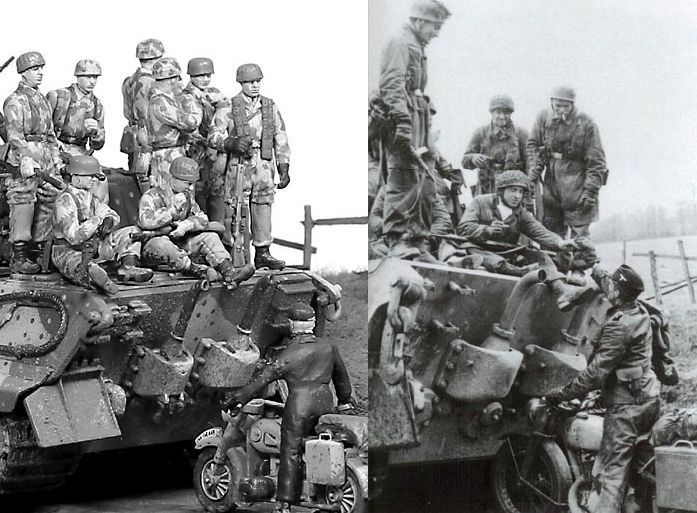 Well, after 13 years I had no energy to fix all discovered mistakes. I even considered canceling the whole project especially due to the inaccurate figures. But in terms of invested effort, I decided to continue and finish the project as per the original plan. The right figures in the 72 scale are quite difficult to find, but once will be something better available, I can exchange it. 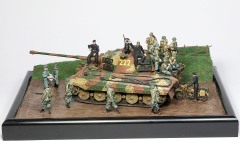 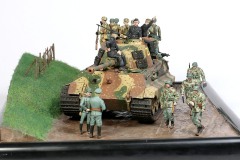 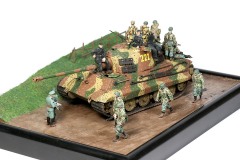 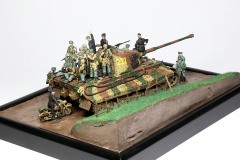 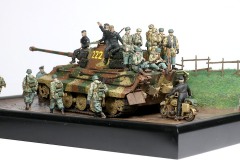 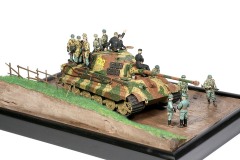 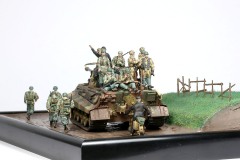 One thought on “PzKpfw VI B Königstiger 1/72 Dragon”