I bought the Mig-17F as hot news in January 2020. I commonly buy a model for the reason that I just want it. But in this case it was different. As soon as the first renderings of the model appeared, followed by photos of the mouldings, various “experts” woke up on Modelforum and severely critized the model – the wing doesn’t have a sharp leading edge, but a rounded one, the top of the fins on the wing is not rounded according to the wing profile, ugly engraving. And when a certain Mig connoisseur wrote that the model was so bad that he would be embarrassed to put it on the shelf next to the Eduard Mig-15, it was decided that I would build the model. I just kept feeling that the model will be nice and not take too much work. 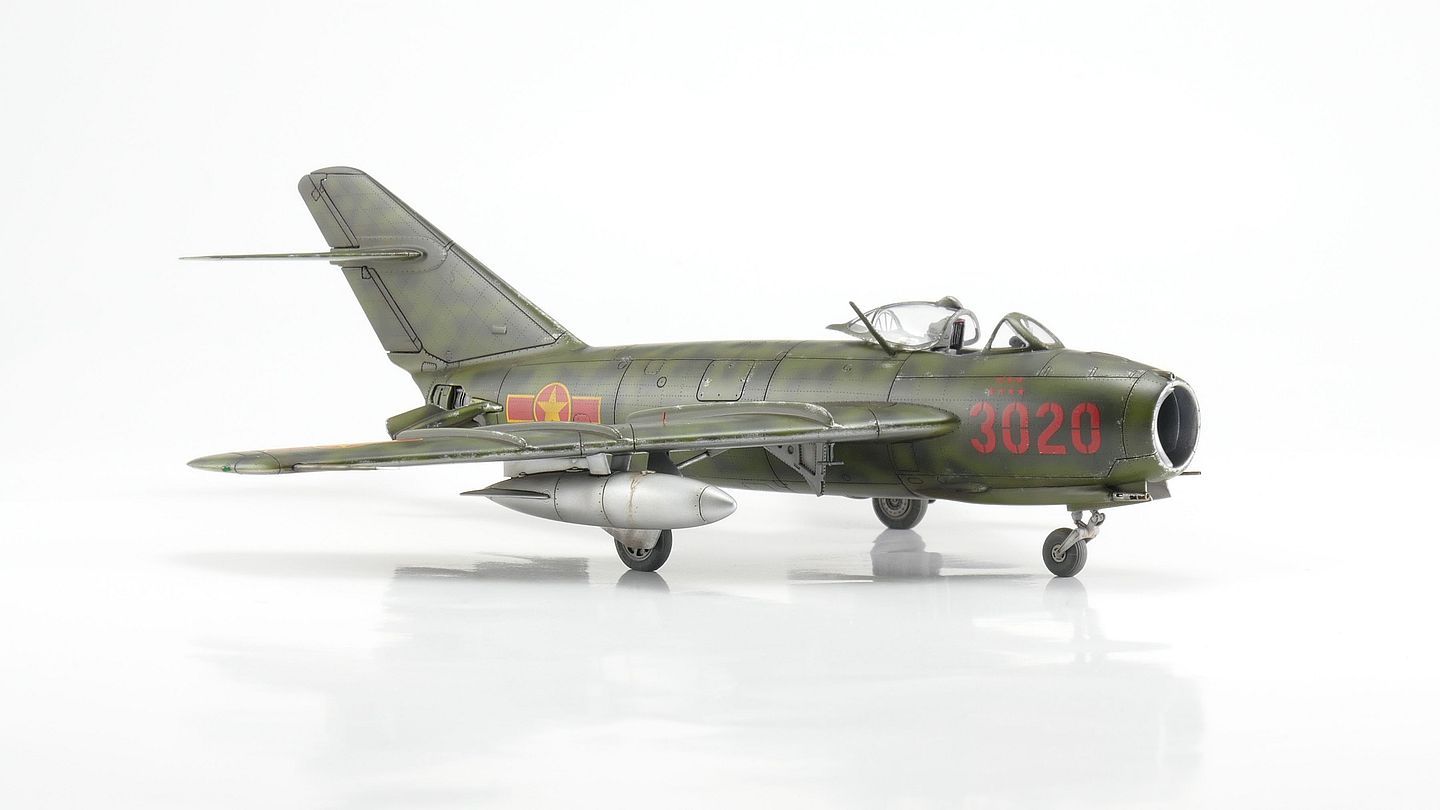 Although it is not my habit, the bought Mig-17 went right on the workbench. I obtained masks for the clear parts, photoetched parts, resin wheels, seat, metal barrels and pitot. Not because the model looks bad without the extras, but because I do this on the vast majority of models. The details make the model and this is a way to make the build easier and save time.

I started the build with a cockpit, using almost all the photoetched parts designed for it. Later I found out that it wasn’t needed and if I would use decals, the final result would be the same. On the other hand, the photoetched parts helped a lot with the space in the canopy and in the front undercarriage bay. I added some more wiring on the cockpit sides, under the front windshield and then I was able to close and glue the fuselage halves.

Everything fit without a problem, except for two locations. The first is the front suction ring, which needs to be glued together at the top. Then two joints downwards by the front bay need to be filled. The second is the wing-fuselage joint at the leading edge where the joint will be formed. Both problems have been solved by cement glue and reengraving panel lines. The panel lines were sharpened over the entire model. It wasn’t necessary, but I do it on almost every model. In the area of under brake shields and in the wheel bays I added lead wire. That was the end of the rough build.

What really needs to be replaced are the auxiliary tanks. These just look weird. Luckily the replacement is easy. I Used the ones from Eduard’s MiG-15. The seat needs to be replaced as well. The MiG-17F used the KK-2 seat, but the kit has the older KK-1 type. I used a resin KK-2 from Pavla.
After masking the cockpit, I sprayed the kit with Mr. Surfacer and riveted it using the so called “Honzik way”, which means riveting is done in to Mr. Surfacer layer on finished model or finished subassemblies. Then all I had to do was sand the surface and go to paint. 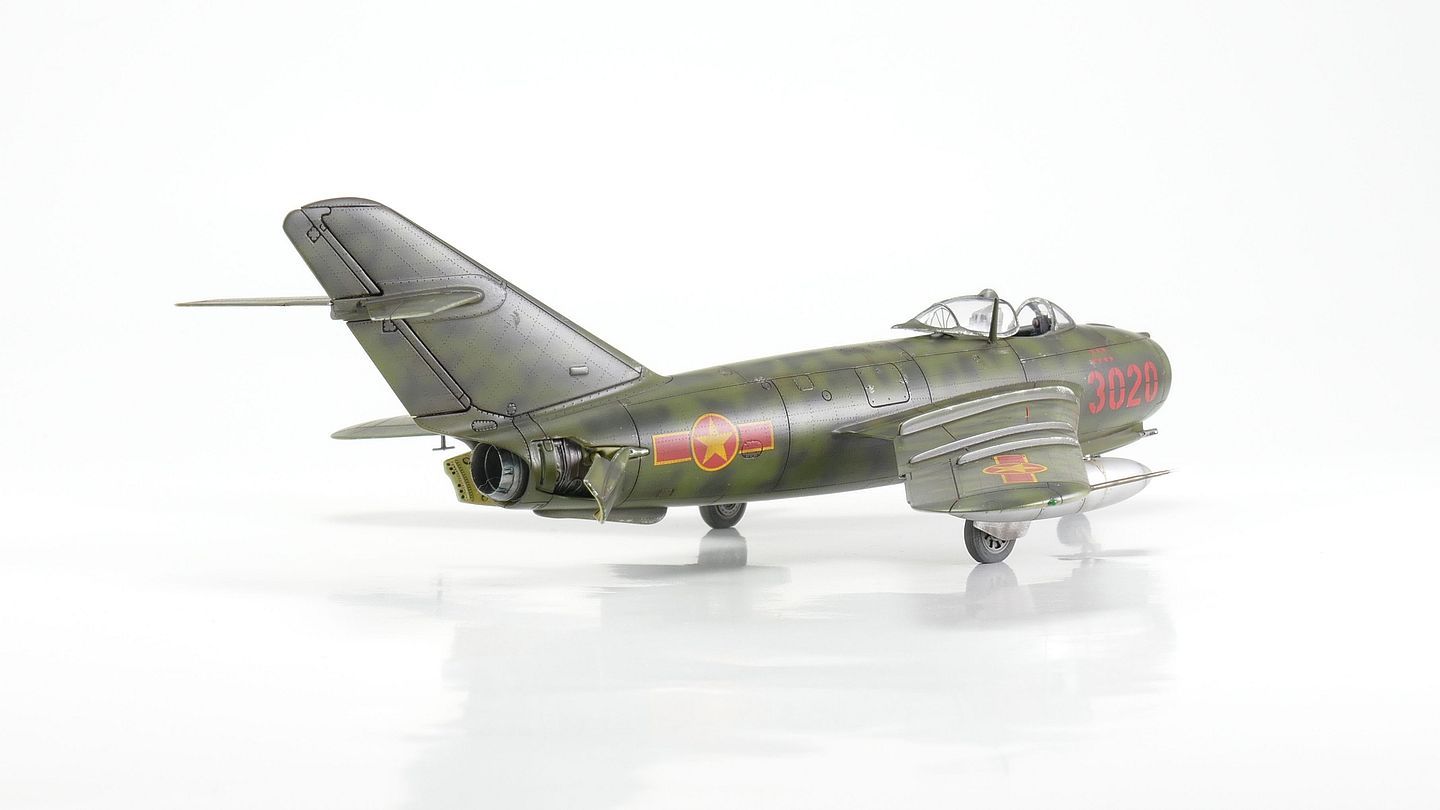 The camouflage choice was clear from the beginning. A North Vietnamese Air Force MiG-17F with the red number 3020 and kill marks on the nose, supposedly piloted by the legendary Colonel Thomb. Although Colonel Thomb is a fictional character and there is one photo of this Mig, legends are meant to be kept alive. And anyone who has ever read the book One Day of the Long War, published by Revi magazine , which has a beautiful cover drawing of a duel between an F-4J “Showtime 100” and a MiG-17F “Red 3020”, can’t blame me.

Here is one big advantage with the North Vietnamese aircraft of the Vietnam War era. There are no photos of them. And when there are, it’s just one view, or just part of the plane. So I didn’t worry about anything and sprayied it as per instructions. The lower surfaces are in metallic (Gunze Supermetallic), the two shades of green are my favorite Gunze H. The border between metal – green is made by hand. I didn’t mask anything. I shaded, darkened, lightened the colours in various ways until accetable result. The worn effect is made by silver synthetics colour. All then oversprayed with Super Clear III gloss varnish. The decals are printed by Cartograf and fit perfectly, responding beautifully to Microscale decal set. The final varnish is Vallejo Satin. Then it’s just a case of some oil rubbing, sanding and sniffing the surface.

Even with some shape errors, the result is a nice model of a beautiful airplane and I am glad to put the model on my shelf next to the Eduard Mig-15.

And while I was mentioning the picture of the dogfight on the cover of the magazine, I remembered that the F-4J “Showtime 100” is also stored in my stash. So maybe next time….

Notice: The original text in Czech language was translated with help of automatic translator with minimal corrections. Please do not hesitate to ask for clarification of some wording. 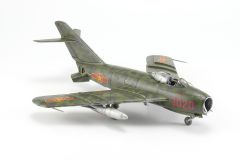 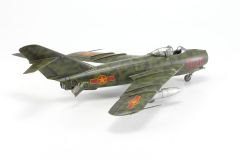 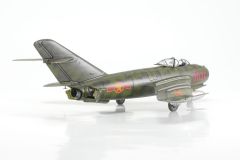 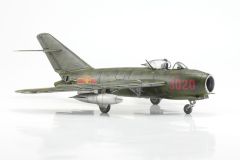 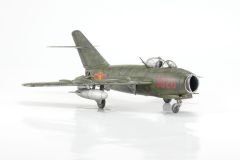 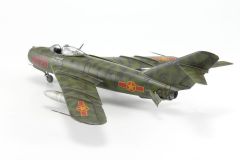 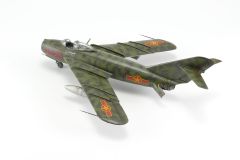 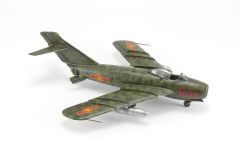 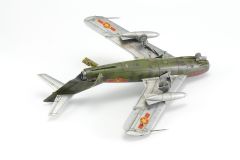 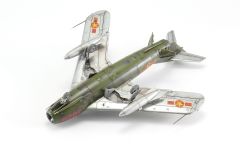