Potez 25 was a French single-engined, twin-seated biplane with a fixed landing gear. It was a simple construction, praised for its reliability and easy maintenance. Between 1925 and 1934, almost 4000 were built for the French air force. Another 2500 were built for export, for example to Indochina, Poland, Romania, Greece, Brazil, Japan, or Estonia. 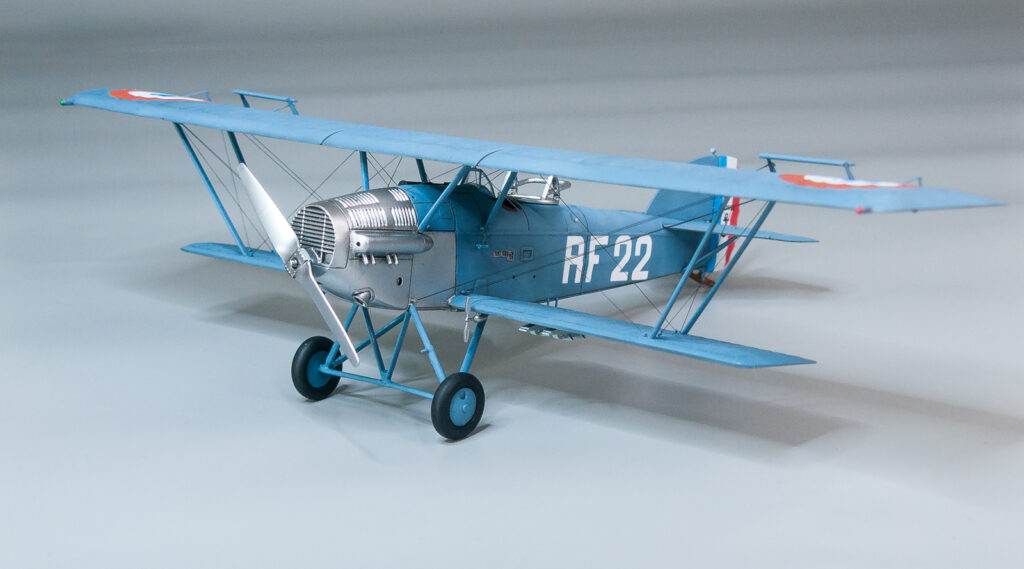 In 2019, Special Hobby came up with the first Potez 25 boxing, the Lorraine A2 and B2 versions, sold under SH’s Azur-FRROM brand. Even though French aircraft are usually out of my scope of interest, I got lured in by the beautiful boxart made by Mr. Hajek. I didn’t even choose a Romanian machine that would have been more suitable for my collection. This boxing was sold out rather quickly, but fortunately, I managed to buy it second-hand on a modeling show.

At the first glance, the sprues look good, although there are misaligned mold halves visible on pretty much every small part. The aircraft’s nose is cut to pieces to make differently engined versions possible. The build is relatively easy (for a biplane). The cockpit is nicely detailed, however, the PE fret doesn’t include seat belts. As for the assembly, you have to be careful with the nose parts. Also, attaching the upper wing was a bit tricky. In the end, I made my own cabane struts instead of further attempts with the kit parts. Maybe it’s not a manufacturer’s fault, but mine. Because of the misaligned molds, I build my own tail light, stirrup, and other small details. Paints are my own Gunze H mixes, the suggestions in the instruction sheet didn’t look quite right to me. The silver is Gunze C8. I didn’t use the photoetched rigging turnbuckles. Instead, I glued in eyelets made of wire. The rigging itself is Uschi 0.03mm line.

After finishing the model, I was told the RF22 machine had anchors on insignia and there are missing code letters on the bottom. Well, I have to learn to live with that – but it’s a piece of useful information for other modelers. As for the anchors at least, reportedly they were added during service, so their absence at some point is justifiable 🙂 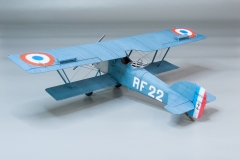 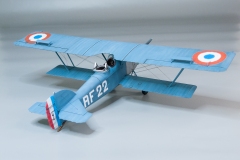 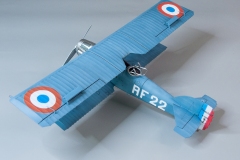 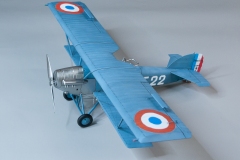 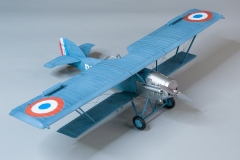 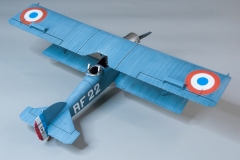