“And now for something completely different.” However, instead of Monty Python’s man with three buttocks, all I have to offer is a Warhammer miniature. This officially makes our modeling blog cross-genre 🙂
Even though my main modeling focus has always been on 1/72 aircraft, I always had the miniatures world (and Warhammer in particular) in my peripheral sight. At first, I couldn’t stand its hysterical, over-the-top visual style, but I became used to it, and in the end, even learned to like it 🙂 I have no experience with the tabletop game whatsoever, but I think I played almost all the WH-themed computer games ever published, from the Shadow of the Horned Rat to the relatively recent Warhammer: Total War 2. I also spent several hundred hours on the online Blood Bowl. 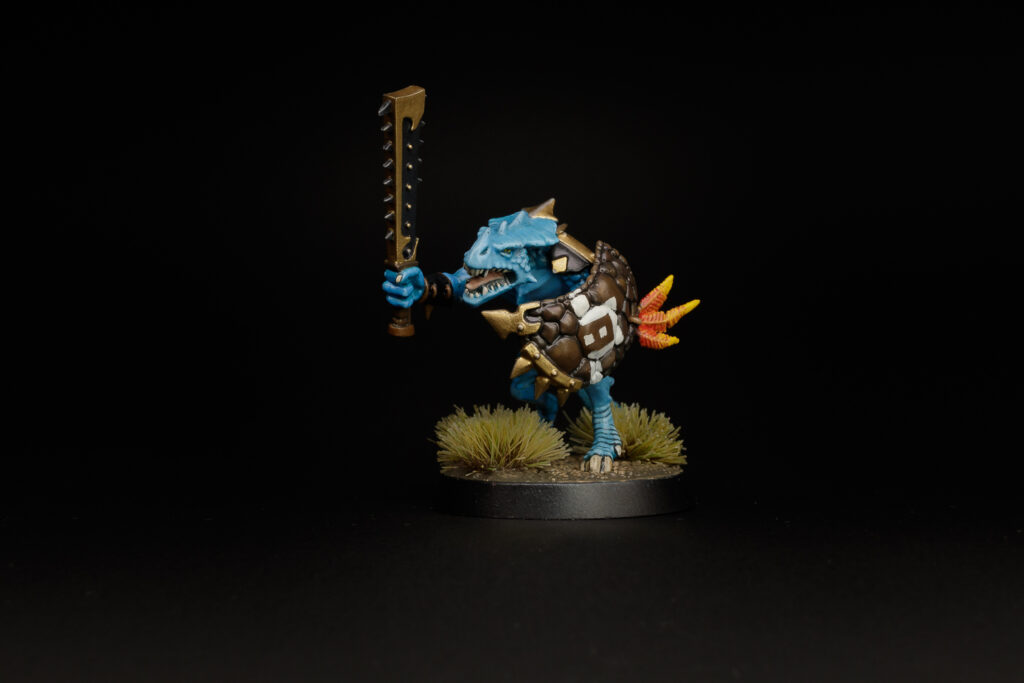 I bought my first miniatures a couple of years ago already. Lizardmen were an obvious choice. They were my favorite team in Blood Bowl, and also seem to be ideal for a beginner painting-wise. The miniatures are rather simple if not primitive, and you don’t have to struggle with realistic humanoid eyes and skin. I bought a whole “Start Collecting” box. It was a bit confusing for me at first, because Lizardmen are now called Seraphon – Games Workshop renamed all races for easier trademarking. Let’s see if these new names (ever) stick 🙂 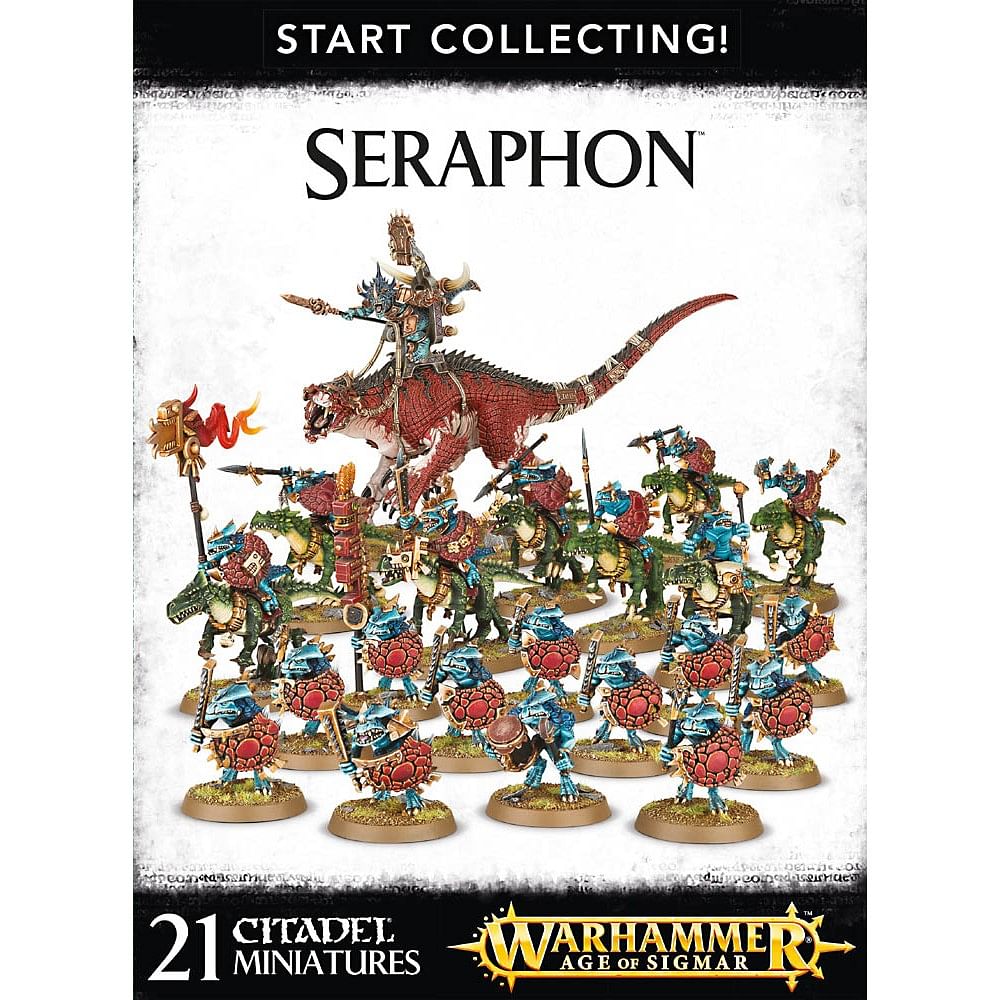 Even I, as a relative outsider, have noticed how much bad reputation GW gets for their pricing policy. That being said, this box is a nice surprise, it’s really an impressive stash of plastic for its price. There is enough material for some little conversions and a choice of variants. The models seem to be of various ages, the big dino (carnosaur) is more modern, the foot soldiers are obviously older and suffer from some mold seams/shifted mold. This was the main reason why I finally got to painting the first piece only after such a long time. I have enough tedious work with scalpel and sandpaper when modeling airplanes, thank you.

All paints are Vallejo Model Color and Italeri (which is also Vallejo in different bottles), only the brass color is Agama metallic paste. I will later add a list and sequence of all the paints (for my own sake, before I forget them!)

The paintjob took a total of four days, which is terrible. I need to radically streamline the process before I could even dream about batch painting a small army 🙂 However, I think half of that time was a one-time effort, spent on exploring dead ends and looking for the right color combo.

I am quite happy with the result. The process leading to it was also (mostly) pleasant and relaxing. I think I will return to this miniatures box soon… especially if I can find someone to make them ready for painting for me! 🙂 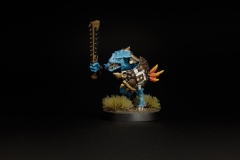 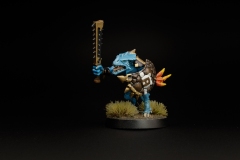 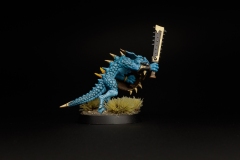 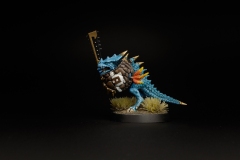 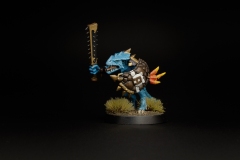 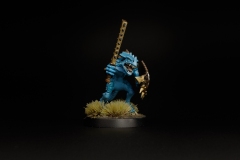 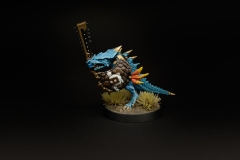 One thought on “Saurus Warrior (Warhammer: Age of Sigmar)”