Kaman UH-2A Seasprite is a rather conventional helicopter with a single main rotor and a tail rotor. It had been used by the US Navy since the 1960s as a rescue and multipurpose helicopter. Later versions were developed for anti-submarine purposes. In Vietnam, Seasprites were used in a combat environment. While piloting one of these machines in a rescue mission, Lt. Clyde E. Lassen earned the highest US military decoration, the Medal of Honor.

I first noticed the Clear Prop! company in Moson, 2019. I remember examining their new release then, the A5M Claude, in (pleasant) shock and awe. When they later announced the early version of Kaman Seasprite, I naturally took notice. I have never built a helicopter before and this seemed like an ideal candidate. I have been always interested both in the Vietnam war and everything with “US Navy” written on it. 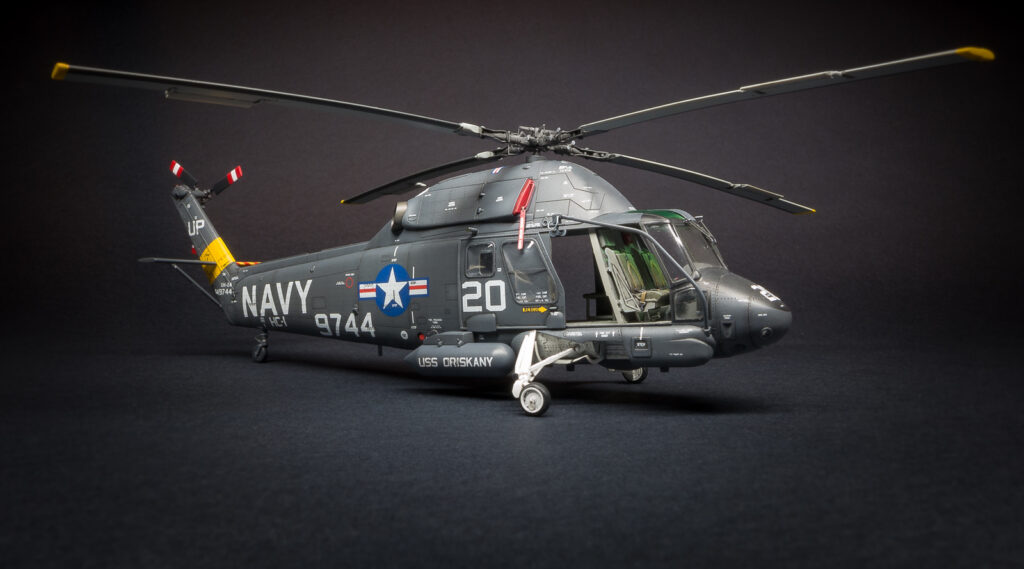 A half-year ago I finally got a hold of this kit. As so many times before, the new arrival jumped the line and I started to work on it immediately. Since it took a few months, with some detours for other projects, it is a bit difficult to recall all the aspects of the build now in retrospection. I will try to focus on such advice, that I would love to know myself beforehand to help me prepare for the build. Here is a list:

• I didn’t follow the instructions too much, but rather my own workflow, to minimize any damage of prematurely attached parts.

• The fuselage parts have a decent fit, but I recommend thorough dry-fitting none the less. Each fraction of millimeter counts, to avoid sanding, filling, and renewing the rivets.

• Unfortunately, the “E” sprue had a significant mold shift on all the small parts, so a lot of sanding was necessary. The resin wheels and exhaust, also made by Clear Prop! (No. CPA72016/21), are worth every penny. A tailwheel is included as well, more detailed than the kit part.

• If you plan to make the door open, you need to thin it down. It is difficult and you only have one shot. The details on the inner side will be lost, but they are not visible when the door is fully open, anyway. If you don’t have any experience with thinning down and polishing clear parts, you’d better avoid this step.

• The photo-etched parts of the main rotor look daunting, but the assembly is fairly easy in fact. Some more details could be added, but it looks great even straight out of the box.

• Be very careful with the tail rotor, the blades are very delicate and easily broken off.

• The decals have perfect register, opacity and are easy to handle. I used Microscale decal solutions. My only gripe is the Insignia Blue shade, which should be much darker.

• The white foil masks included in the box cannot be highly NOT recommended enough. They leave a glue residue on the clear parts, which is very difficult to remove. At least, you can use them as a template to cut your own masks from kabuki. I informed the manufacturer and hopefully, a better material will be used in their future releases. 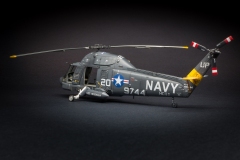 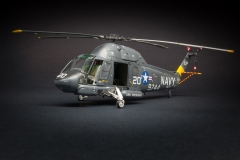 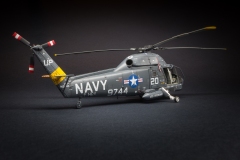 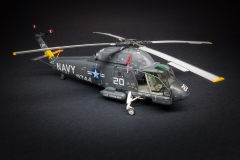 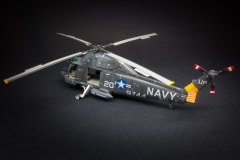 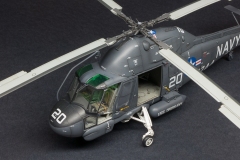 And that is all. Despite the few shortcomings mentioned above, I rate this kit very highly. However, keep in mind it is not suitable for beginners. I am pretty happy with the result, in fact, I think it is one of my best models ever. Recently, I have been focusing rather on more simple projects, but now, I feel the confidence to tackle something so complex and eye-catching again! Well, enough candidates are waiting in my stash already 😉