František Novák, Josef Hubáček, and Petr Široký, three of our excellent aerial acrobats, first introduced themselves during an army airshow in the year 1936 on Prague-Kbely airfield. They were flying three specially camouflaged aircraft: Avia BA-122 OK-AVE, OK-VIM, and OK-VIL.
In the air, the group was always flying in such a formation, that the color scheme of their planes created the Czechoslovak flag, tricolor in order white-blue-red. That means that Novák’s OK-AVE was red at the top and white (creamy) at the bottom. Similarly, Široký’s OK-VIL was white at the top and red at the bottom and Hubáček’s OK-VIM was blue overall. 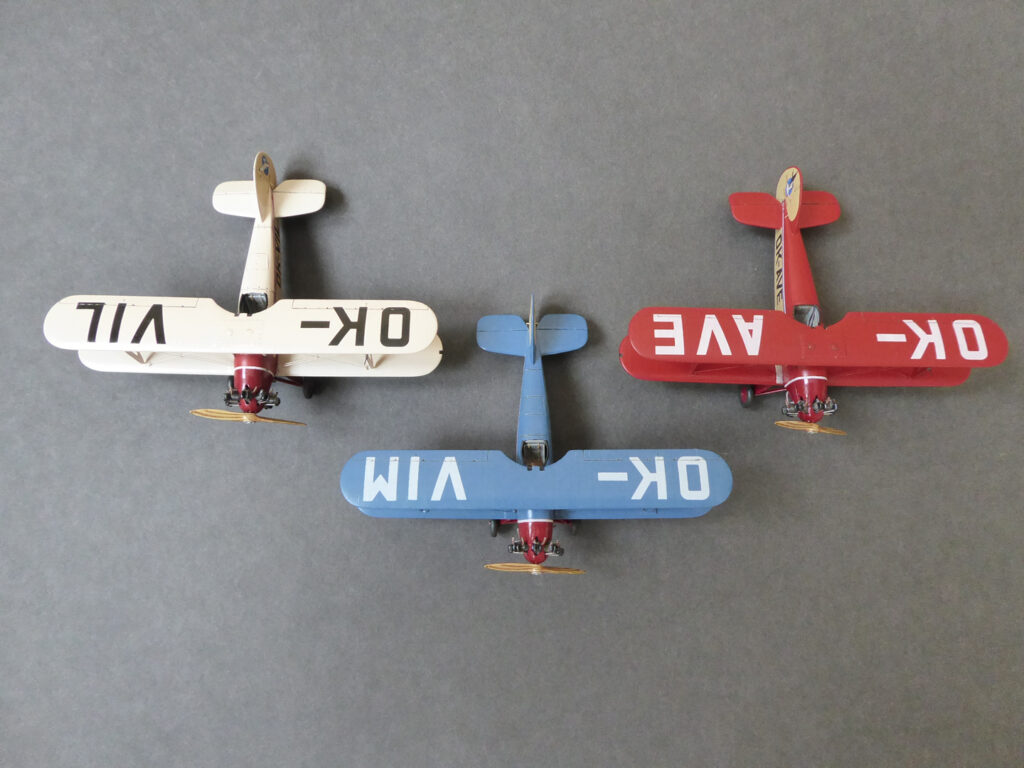 This model kit was produced by RS Models, and because of a number of mistakes, I would recommend it only to an experienced modeler. The kit contains the latter version of this exceptional acrobatic plane, thus the machines I built, (122.2, 122.3, and 122.4) required a number of adjustments.

In the kit, you will find plastic sprues, a bag with resin engine parts, photoetch, and decals. I recommend binning the assembly instructions as they are extremely confusing. Those first three planes were prototypes more or less, so they require some research. They differ even among themselves. Especially OK-AVE (122.2) underwent numerous adaptations during the years and even this version from the year 1936 was not final. The version displayed at the Kbely museum also does not match the 1936 model.

In-progress can be found on Modelforum, here I would like to list just a few tips and notes:

■ Regarding the cockpit, only the seat and the instrument panel can be used for the 1936 version. You have to make the rest yourself or acknowledge the fact that it will not look right. I kept just the seat and the dashboard.
■ The fuselage has the right proportions, however, in the kit, we have a version with a higher rear section made out of sheet metal. Our OK-AVE had a lower rear section made out of fabric. The rear of the fuselage lacks the fabric effect and the panels on the upper part of the nose are not correct.
■ Fuselage steps have to be adjusted and moreover, their location is wrong.
■ The access panels behind the pilot on the left side are missing.
■ The wings have the right proportions, however, due to the worn-out mold, the details on the right side have to be finished manually. OK-AVE and OK-VIL had an additional fuel tank in the upper wing, however, OK-VIM did not.
■ When making the engine, I would advise to pay close attention to exhausts and to lead two of them through the fuselage, where the fumes in the tubes were heating up the air for the carburetor.

Decals are really tricky. They are very thin, and especially the long ones tear very easily. I would recommend varnishing them beforehand with one layer of glossy varnish. The Avia logo near the cockpit was quite crude, so I made a new one. For the camouflage, I used Humbrol enamel (synthetic) paints and acrylic varnish Tamiya. For the application, I used only paintbrushes, not an airbrush. Rigging is made of plastic. In the end, I built three fascinating models, reminding us, that in the area of aerial acrobatics, we Czechs were – and still are – placed among the very best.
Thanks in no small part to these amazing planes. 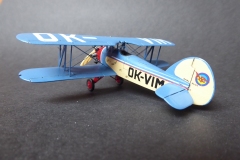 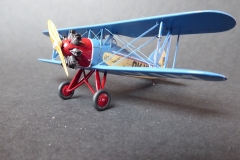 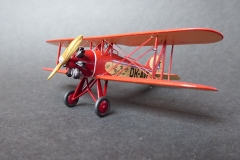 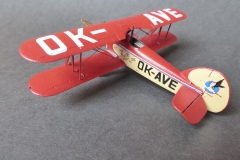 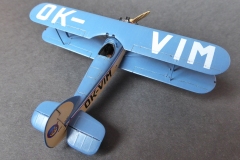 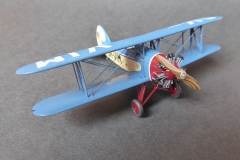 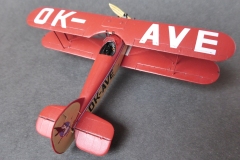 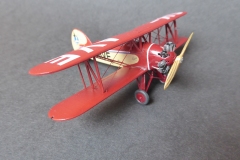 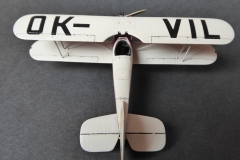 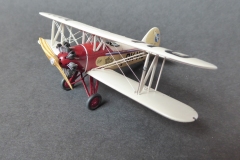 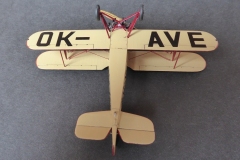 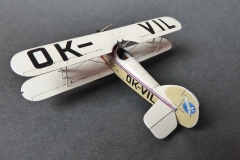 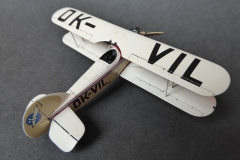 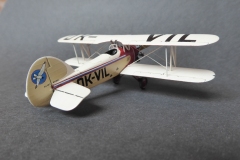 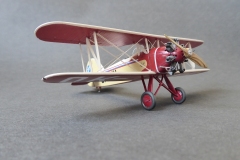 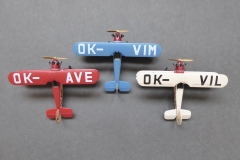 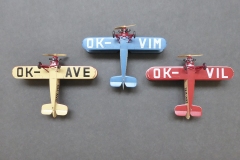 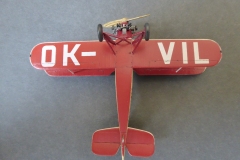 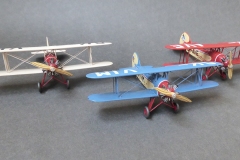 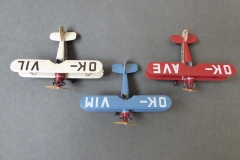 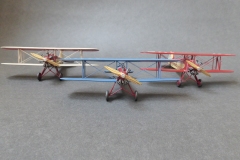