1919 marks the year when two aircraft designers Pavel Beneš and Miroslav Hajn founded new aircraft factory Avia.
Their goal was to introduce monoplanes with thick wing profile to our aviation.
In order to confirm the while concept, they designed and produced lower winged monoplane Avia BH-1 Exp (Experimental) in 1920.
Thanks to their previous work on models, this plane was successful and proved their concept.
The aircraft made its maiden flight on 9.10.1920 and was officially tested by Josef Nováček on 13.10.1920.
With this aircraft, the company managed to win the President’s award on the First International Aviation Exhibition and managed to secure their funds for the future development. 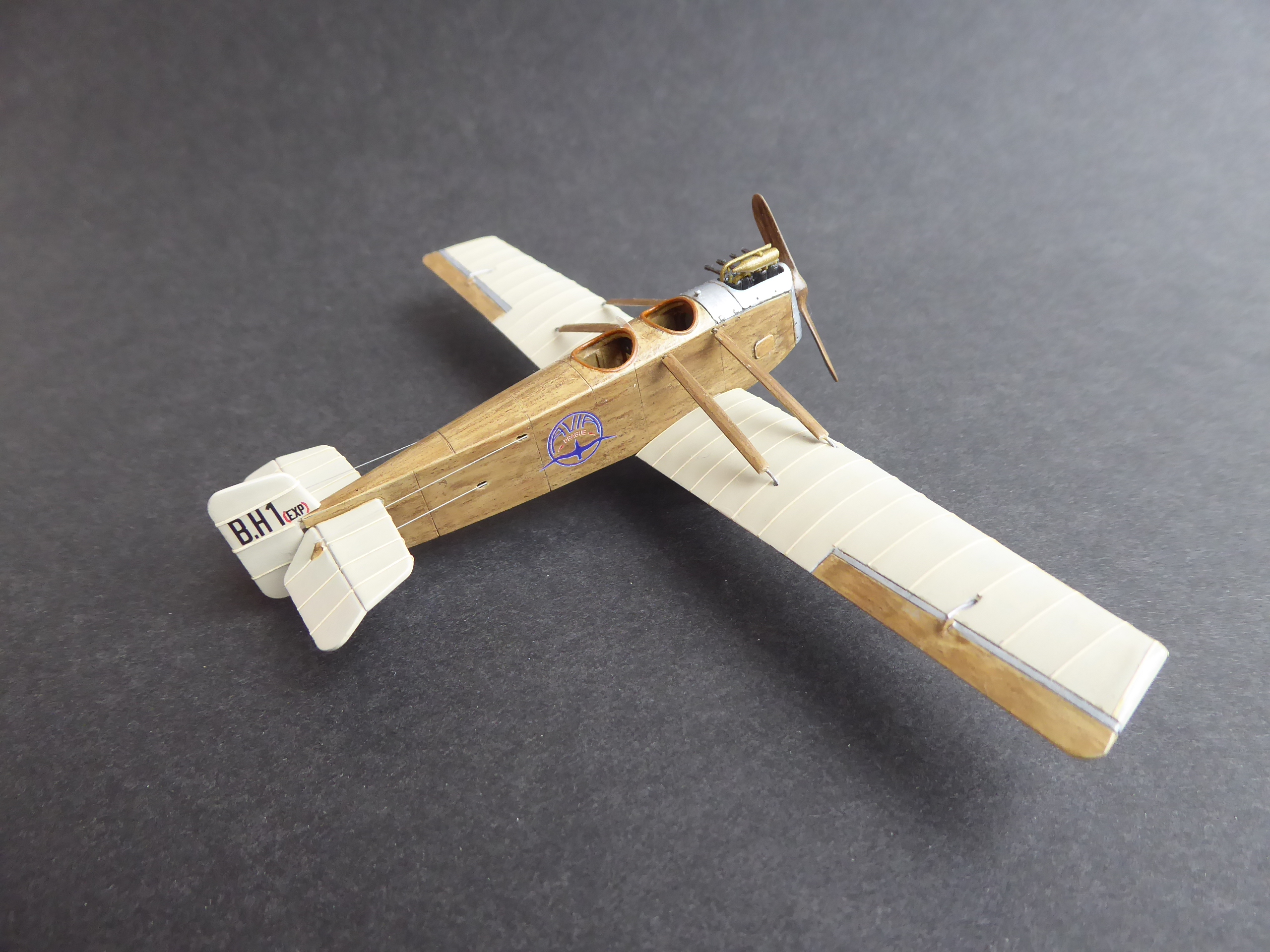 Avia BH-1 was an aircraft intended to prove its design and thus the main focus was on its new wing. This resulted in less of time spend on the main fuselage – which mostly resembles a “box”.
Moreover, it was covered by plywood of low quality, which caused warping down the line.
The plane was designed as a two-seat plane, with the controls being located in both cockpits. In the reality though, because of its low power, it was flown by only one pilot.
As a power plant the BH-1 had an Austro-Daimler engine with 30 horsepower and managed just barely 100 km/h. The high-profile wings were made out of wood and were thickest at the connection with the main fuselage. The plane was covered by fabric.
The plane features no vertical stabilizer, only rudder (the stabilizer is substituted by the high-profile fuselage).

The model kit was made by ViZi company and was 3D printed. The material is harder but brittle.
It is not suggested for beginners and not everybody will find the material easy to work with.
Unlike typical plastic, it requires different manner of work with the model and superglue.
I cut out the model from the frames half a year ago and had to fix the shape of the fuselage and undercarriage under hot water.
I also reinforced the undercarriage by fixing in a needle.
The engine is very well made and makes the model quite good looking.
There is however an issue with the propeller. It was tested with two types – bigger with thinner blades and shorter with thicker blades.
The manufacturer included the former, but the blades don’t have the right angle and the plane would never fly with such a propeller.
So, I made my own in the shorter variant.
Colours were purchased from Humbrol and Agama, tarnish from Tamiya. Coloured by brush, the wooden surface made by Koh-i-nor pencil.

This build resulted in a very pretty small airplane, which illustrates the beginnings of our aviation and stands out on the display thanks to it wooden fuselage. 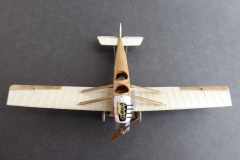 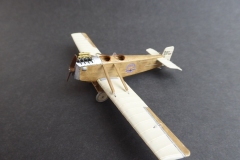 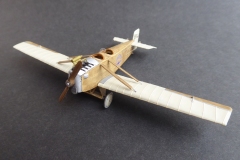 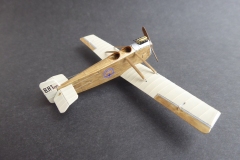 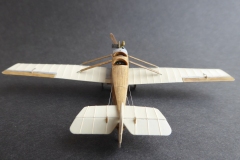 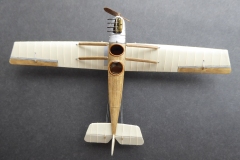