My most recent build is this German sports plane of the early 1930s, the last of a line designed by Willy Messerschmitt. In 1934-1935, Wilhelm Stör won the German Aerobatic Championship in a M.35b. I built his machine from the time of the Berlin 1936 Olympic Games. I bought the HUMA kit in an internet auction and I started the build immediately after it arrived. I really love the design of this aircraft but not the design of this kit. Surprisingly the biggest help came from the material itself which is really easy to sand down. As always I started with the cockpit which I built from scratch, using the only interior photo I had. No original part was used there. I had to converse the two-seater into a single-seater by filling the front cockpit hole. Wings, which were originally awful, were sanded flat just as the elevators and center wing. Another adjustment was done on the engine cowling which was widened at the front and thinned at the rear, with its engine enhanced. After a few rounds of filling and sanding, I finally sprayed a layer of white color and then used masks for the blue elements and the red stripe on the rudder. After the painting I used Pavel Šenk’s decals which he willingly made for me as same as the masks – thanks a lot Pavel! The final stage included fitting the undercarriage and the windshields. After that, the build was finished in two weeks. The build was very entertaining, so my next kit in making will be the HUMA Klemm 35. Stay tuned. 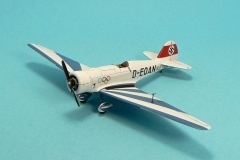 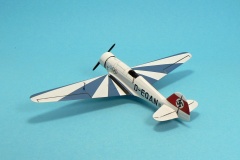 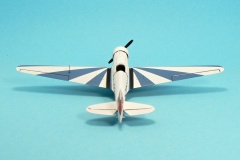 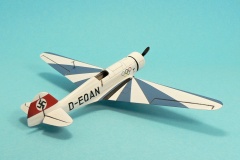 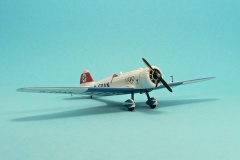 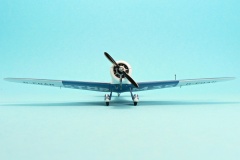 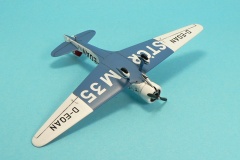 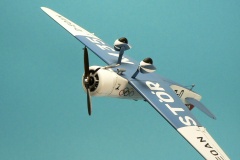