The Curtiss BFC-2 was basically a fighter-bomber version of the Curtiss F11C Goshawk. It was the last of the Curtiss naval fighters, outliving its planned replacement, the unfortunate BF2C. This particular machine served on USS Saratoga with the VB-3B “High Hat” squadron in 1937. 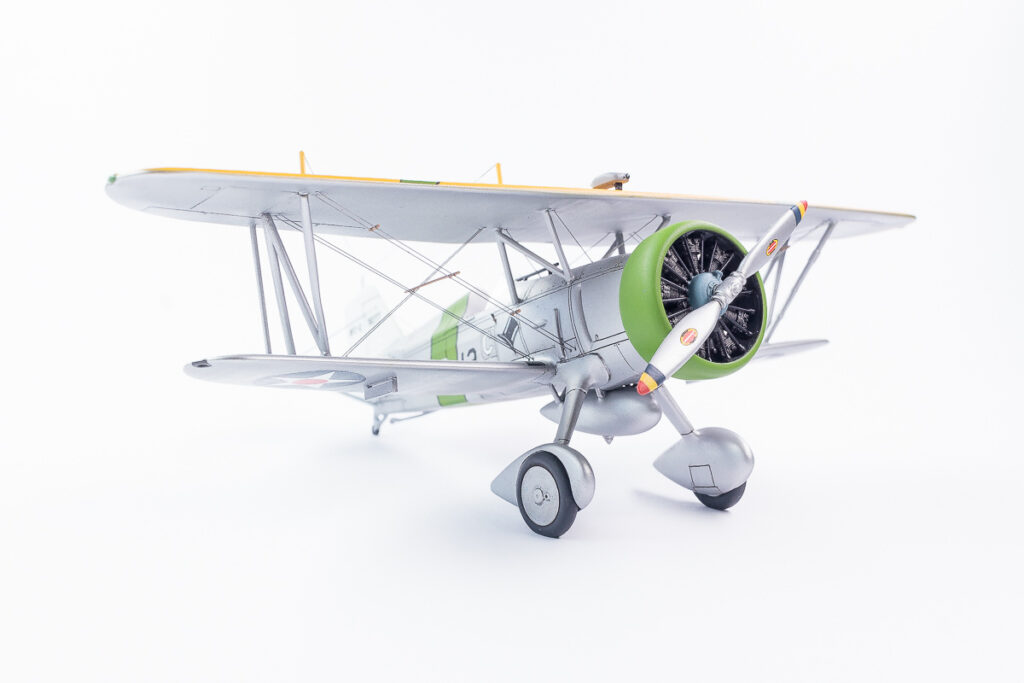 Note that contrary to the instruction sheet, this machine, and the vast majority, if not all BFC-2s, were actually all-silver, not with grey metal parts and silver fabric parts. This is obvious from many photos. I guess the rather tedious two-color regulation was largely abandoned in the later years.  Also, this machine didn’t have a sliding canopy (probably still considered just a gimmick by many pilots back then ;-)). 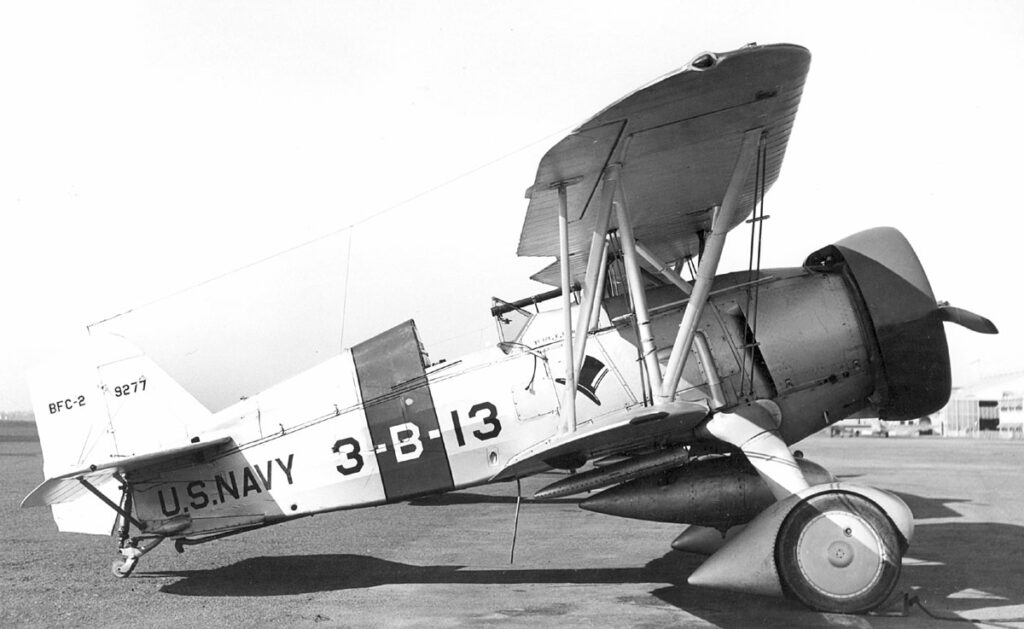 While the kit certainly looks much better in the box than the Curtiss Hawk II of the same manufacturer (it’s a different tool!), it is still just an average shortrun and not something I would enjoy building more than once.

As for the adjustments:
I extended the engine cowling with a thin plastic strip on its rear end as it seemed too short to me. I made replacements of some smaller parts from Evergreen (gunsight, arresting hook, etc.) and cut a new windshield from acetate foil (took like 10 attempts to get the size and shape right, plus drill the hole for the gunsight in the correct place!). I also designed and 3D printed that gun camera on the top wing. I sell these cameras under the Airone Hobby brand. The engine is an aftermarket item by Vector.

The paints:
The silver is Gunze SM01, the Willow Green is Hataka Orange Line, and the yellow is Tamiya XF-3 with a drop of red, to get that nice hearty egg-yolk shade of the US Insignia Yellow.

Now for some usual self-criticism 🙂 The extremely protracted build, with a lot of sanding and multiple layers of primer and paint, took its toll on the overall cleanliness. Even though I rescribed the whole model as always, some of the panel lines couldn’t hold wash and I had to use a sharpened drafting pencil to help it (a primitive technique, but useful as a last resort).
Some of the details really deserved more attention… I burned out a lot towards the end. By the way, there is one rather glaring error – I made the black outlines of the green stripes far too thick.

On the other hand, I am quite happy with the rigging, the engine and cowling, or the drop tank attachment, which wasn’t trivial to do right.

You know, all in all, it is hard to feel unhappy about such a colorful airplane 😀

That’s all folks, enjoy, any comments are welcome. 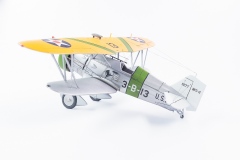 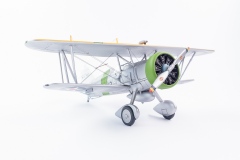 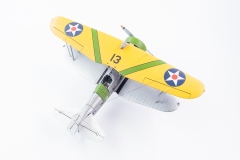 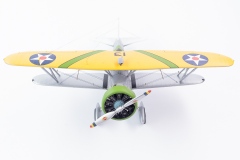