De Havilland DH-80A Puss Moth was an aircraft that was a part of the Baťa Company’s air fleet in the 1930s. The company bought three of them (OK-ATG, OK-ATF and OK-ATU), and they were used for business trips as far as to India. The Avimodels Company issued a model kit of this aircraft earlier this year, and they included Baťa’s model in a lightsome colour combination of cream and aluminium. The build was basically without complication. What was necessary was creating some of the parts from scratch, rather than adjusting the ones in the kit. Master was made using the 3D technology, and it is easy to tell, because everything fits perfectly together. I would like to praise the fitting of the clear parts, which are perfectly made. Interior is one of the areas that are in dire need of improvement. I needed to make new bulkhead, backseats, a dashboard, a control column and a door with map pockets. Other parts that would deserve improvement are the engine (the air intake is sealed off in the kit), tailskid and the main landing gear wheels, which are much smaller than on the actual plane. I opted for Agama Red Line Aluminium Dope for the wings, and I mixed the creamy colour for the fuselage from acrylic paints by Tamiya. I had some trouble with the decals, because of their thick layer of gloss varnish, which is not something I would expect from Avimodels. I covered them over with satin varnish, which hid some of the shiny edges of the decals.

To sum up, the things that made this build difficult were the wheels, which weren’t the correct type, the extremely thick layer of gloss varnish of the decals and the need to glue in a little piece of a plastic wedge (for proper fitting of the windscreen).

The built was very entertaining and relaxing, and I can only recommend it to every De Havilland admirer. 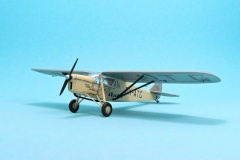 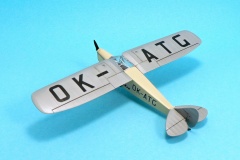 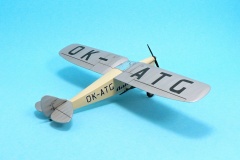 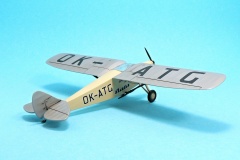 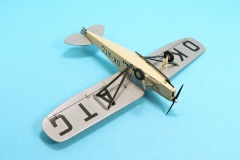 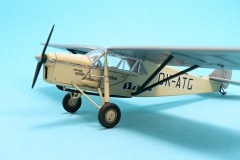 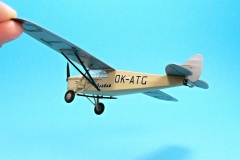