In the middle of 1920s our army had two main fighter planes – Letov Š-20 and Avia BH-21.
Both manufacturers offered a trainer aircraft, which featured the main fuselage of the production aircraft, but with reduced weight and weaker engine Škoda HS 8Aa.
Those trainers were Letov Š-21 and Avia BH-22 respectively.
In the end, the army chose Avia, while Š-21 was produced in only two examples.
The first Š-21 had a three-colour camouflage and was completely destroyed when its pilot Andrej Beneš couldn’t pull it out of the spin. The pilot survived thanks to the plane’s metal frame.
Letov didn’t give up and built a second prototype (marked again as Š-21.1). 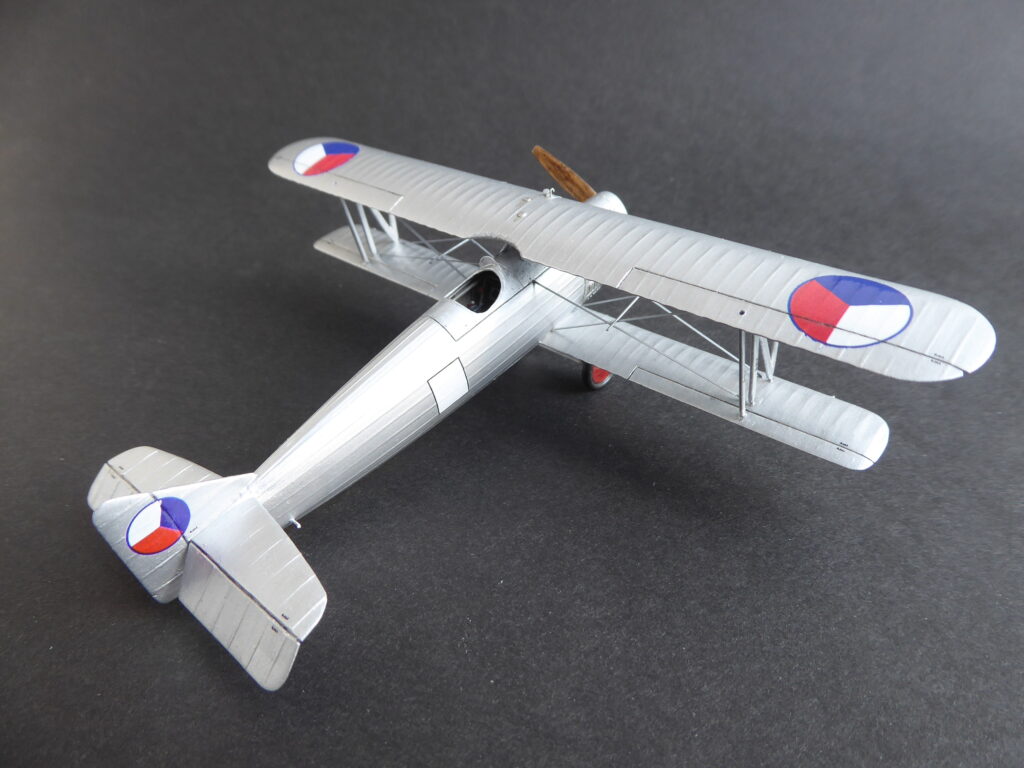 There were several differences when compared to the first one, as constructors made use of their experiences with the first model.
They reworked the tail assembly, which now featured a new, bigger horizontal stabilizer, while the vertical stabilizer was copied from Š-20R.
Both wings got ailerons, where the pilot controlled the ones located on the bottom wings, while the upper ailerons were connected to the bottom ones through a wire.
Radiator stayed at the front, with added fins for better temperature regulation. Here the constructers extended the air inlets throughout the whole nose of the plane. Oil cooler was
also hidden here, under the engine cover.
The fuselage was made out of metal tubes covered by canvas and duralumin sheets. Wings were made out of wood covered by canvas.
Ministry accepted this plane and used it in flight school located in Cheb.

As the basis for the plane, I used a model kit of Letov Š-20 produced by Kovozávody Prostějov.
The cockpit was made completely new, built on a side and then inserted as a whole into the weakened fuselage.
Each half of the fuselage was ground of 1 mm of plastic, in order to gain 2 mm for the cockpit.
I added ailerons on the upper wings.
Bottom wings had to be prolonged for 8 mm, which also meant longer ailerons and adequately moved supports for struts.
Vertical stabilizer was made anew.
For the horizontal stabilizer, I had to create new tips of the wings by cutting the ends and adding new ones with proper shape. The number of ribs is also wrong, so I had to grind off
the old ones and indicate the location of the proper ones.
Fuselage is correct from the engine bulkhead to tail. The nose is modeled into a new oval shape.
Propeller has to be bigger diameter than the one used for Š-20, so I prolonged it and shaped it in accordance to photographs.

There are also two photos where you can compare the first (camouflaged) prototype and the second (silver).

I used Agama colours and Tamiya lacquer.
Decals are partly from the kit and partly from my archive.
Painted by a brush. 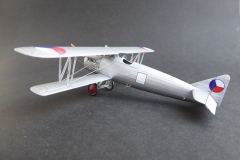 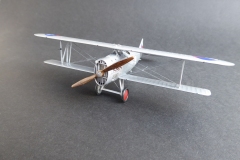 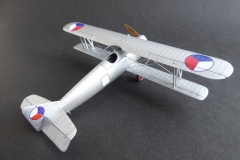 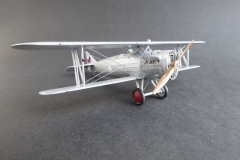 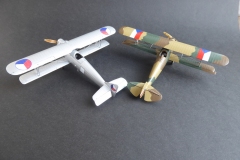