With the first snow at the beginning of a cold Russian winter 1941/42, a new white camouflage was implemented on Luftwaffe planes. This white Bf 109F-2 from I/JG-54 is a typical example. It was based on Krasnogvardeisk airfield and piloted by the famous ace Hans Philip. At that time, Philip had a total tally of 93 kills, as is visible on the rudder. 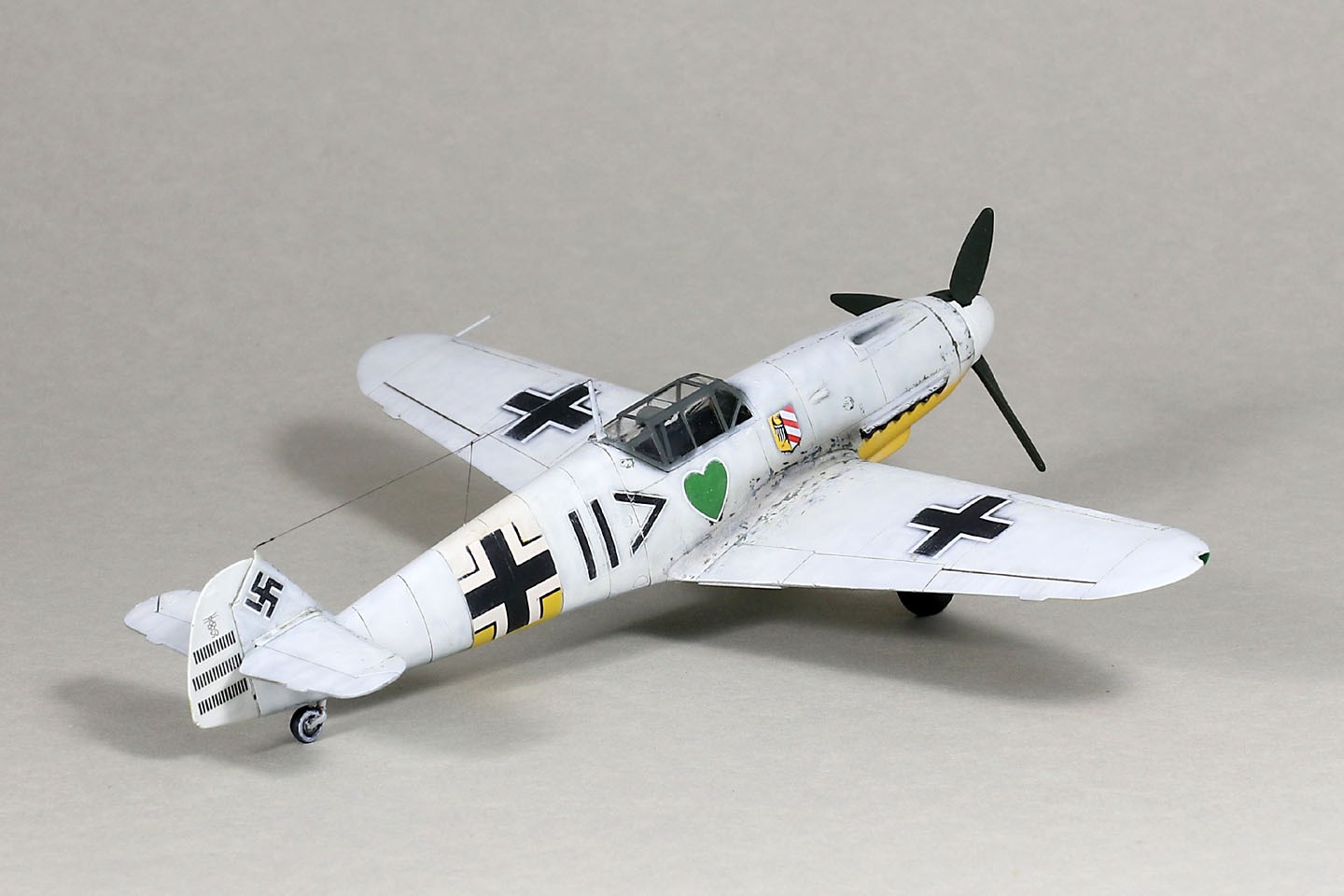 I had two reasons to build this Bf 109. My friend recently finished an Fw 190A in white camouflage. I commented on it with some criticism and realized that I have not too much experience with white camouflage myself. Therefore it would be fair to also show my work. There are a lot of discussions, for example, about the exact shade of RLM83, but white is simply white. Well, easy choice of the right shade of white is followed by difficulty on how to make the white look right on the model. And, it was just snowing outside, which was the second reason. Well, I went into my stash and chose this Zvezda Bf-109 kit. My intention to build it in snowy camouflage in snowy time was disrupted by thaw after a few days. Despite the mud outdoors I continued on my journey towards a white Bf 109. I had more time to think about how to make it. IMHO the basic point is to follow the same order of paints as a real plane. Therefore I made normal camouflage first, including almost all the decals.

Then I sprayed exposed areas, like wing-fuselage root, front and leading edge, with AMMO Mig chipping fluid. Then I sprayed white with the addition of AMMO fluid as well. For some weird reason, I used X-2 glossy white, instead of the more appropriate flat XF-2. Maybe I got confused reading some sources about white camouflage. 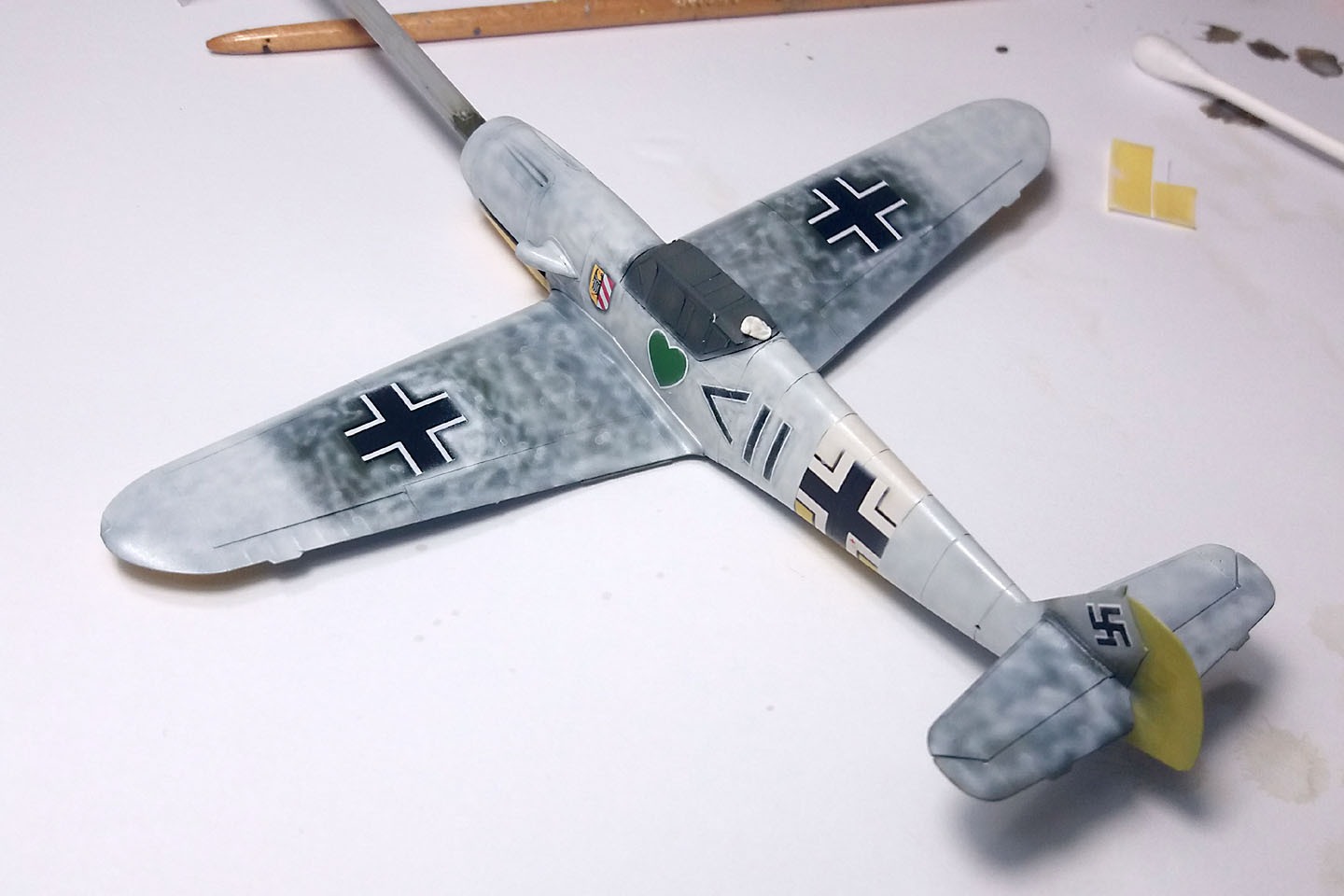 After spraying white, I immediately chipped exposed areas to the base colour. I was really pleased with the result. 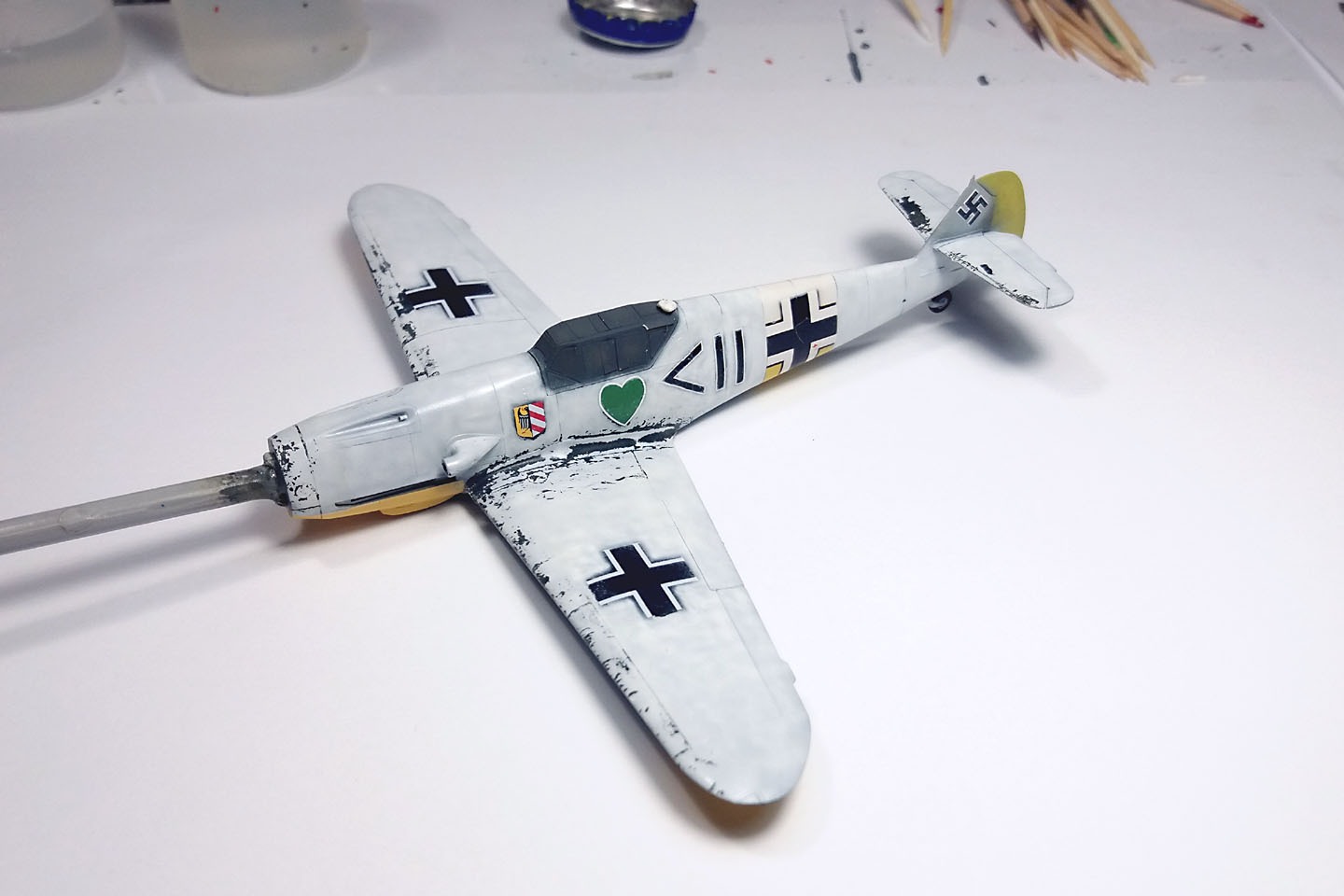 But only till the moment I went to cross country ski to our local highlands. Well, I am afraid, on such a snowy field as in the photo, the Messerschmitt would not be too worn. 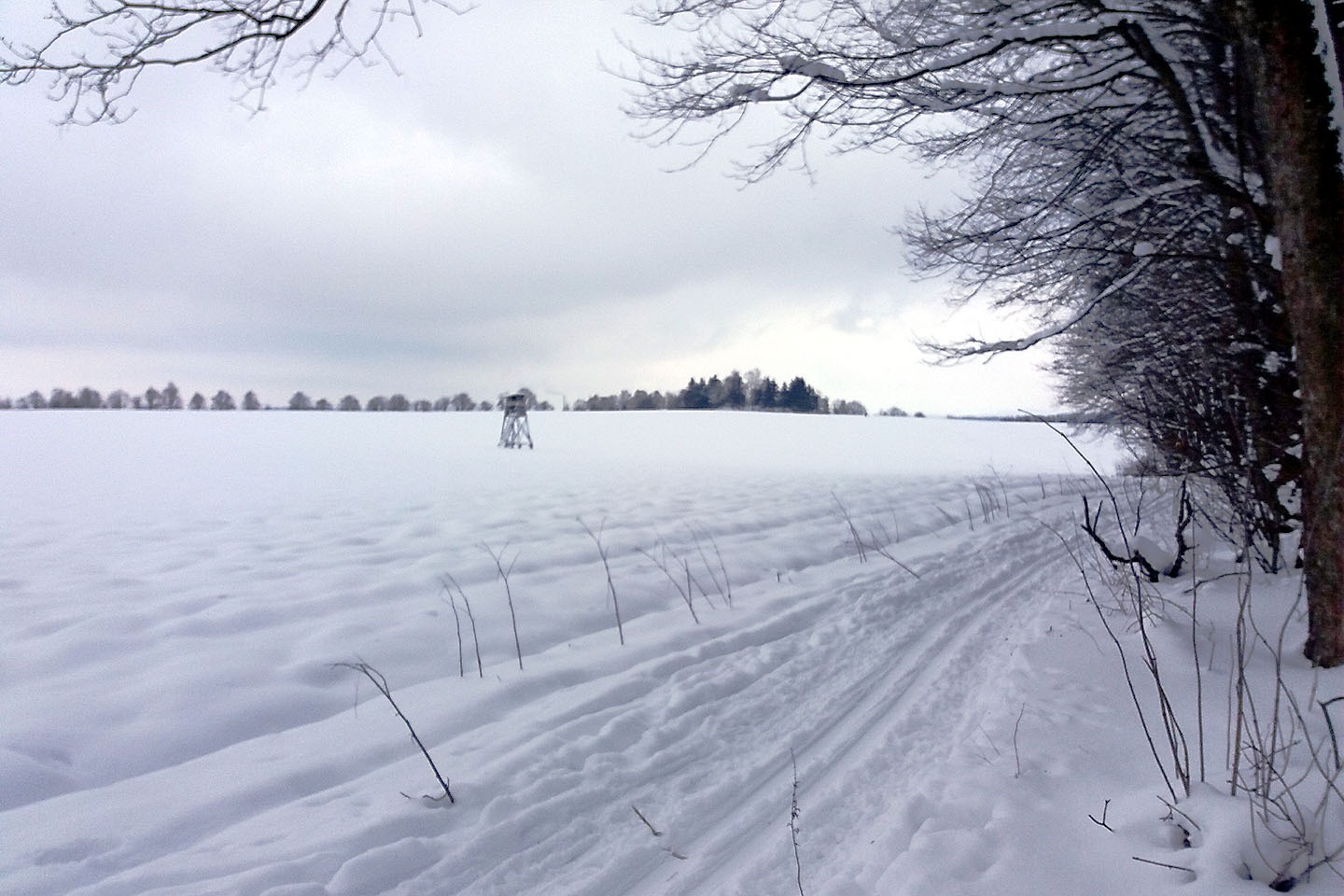 I realised that in many photos there are clean white planes because likely there are no elements like dust or sand to cause excessive abrasion. Some wear was visible after longer duty I think. Well, I spent two nights touching up the chipping and other things on my model. Even though it went well, I realised the chipping fluid is not suitable for that purpose as there is a slightly visible border between the touched white and chipped area. I think in reality, rather some wearing off than pealing off took place. I tried to make only the most exposed areas chipped. In the end, I am not fully satisfied with it.

In fact, considering all my current results with white camouflage, I definitely get a point that less means more in some cases. Stuka is an exception because I have some photos with considerably worn and chipped white surfaces. I hope to use my recent experience for another build. I would like to build some Russian planes, Mig-3 or La-5. But Russian planes had a quite different appearance due to the bad quality of their white paint. Well, the next round of white trial will follow… 🙂

I almost forgot to comment a bit on the Zvezda kit itself. The basic build took about 10 hours, the rest of a total of 30 hours was devoted to doing camouflage and other things. Decals are Techmod, no complaints, with the exception of the green heart shape as it is a little bit different in reality. The swastika is from my stash. Unfortunately, I only noticed a bad register on the photos.
Sink marks on fuselage halves (which I filled) and other little errors (which I didn’t correct), place the kit below the current state industry top level. Unfortunately, today, we don’t have many more choices. The Bf 109F of a “traditional brand” (i.e. AZ Model) contains “traditional errors”. The Finemolds is perfect, but difficult to get and expensive. The Eduard kit is very far (years?) from its release. I have another Zvezda Bf 109F in my stash, and honestly speaking, I don’t know what to do with it… 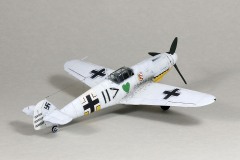 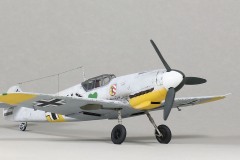 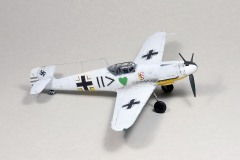 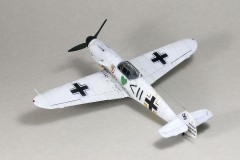 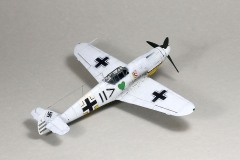 Here let’s look at my old builds with white camouflage: 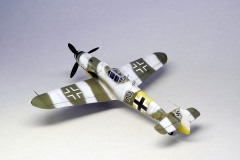 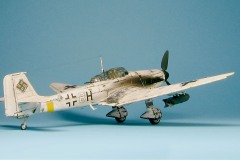 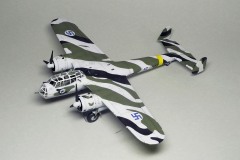