The Italian racing seaplane Piaggio P.7 was designed for the famous Schneider Cup in 1929. It was by no means a typical seaplane. A maritime propeller (ship screw) was to be used for take-off and only when the aircraft had gained sufficient speed and was gliding on the surface on skids, the aircraft propeller was to be engaged and used to lift the aircraft off the surface and of course win the race. So that was the ideal plan. The reality was quite different. The aircraft never rose from the surface and this Italian “wet dream” never came to fruition. 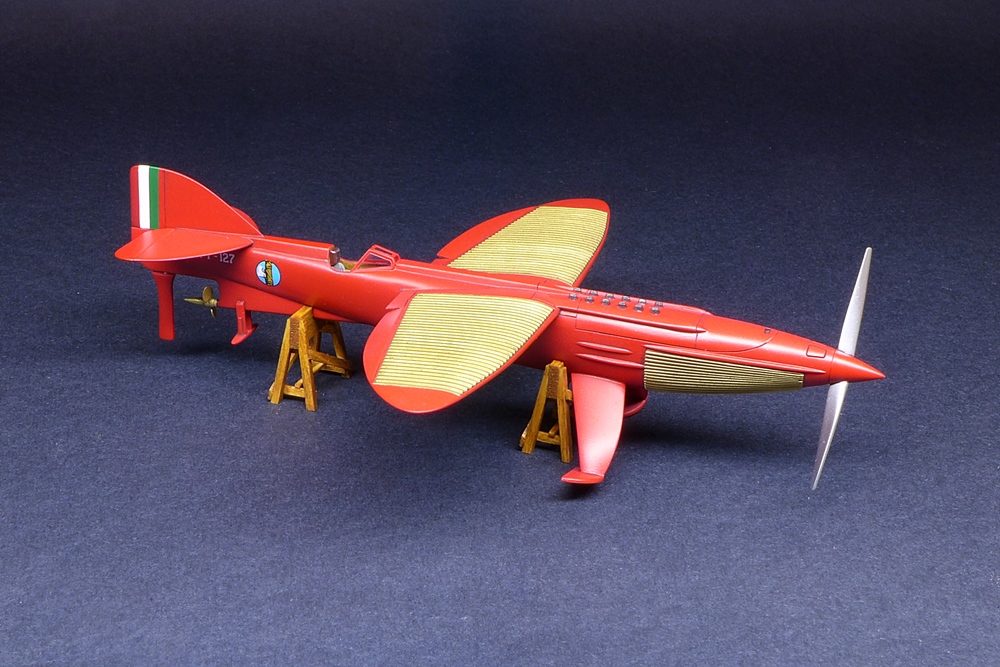 Nevertheless, there is a model representation from one of the best resin kit manufacturers.  I’m talking, of course, about the Hungarian company SBS, which is gradually bringing to the market beautiful models of racing aircraft from the interwar period known as the “Golden Age of Flying”. In a typical orange box with a bird’s-eye view of the P.7, you will find resin parts, perfectly cast without bubbles or blemishes. The windshield is cast in clear resin and you won’t find any defects here either. There are etched parts, a clear sheet with the instrument panel dials, a small sheet of decals, and of course the instructions and a separate sheet with the coloring scheme. The windshield airbrush masks that have been standard on past kits would have been handy, but I can do without them. Even so, you have de facto everything you need for the build out of the box, and considering the number of parts, it certainly won’t be a long and difficult build.

The interior is as simple as it was in the real thing. Everything fits nicely, and the geometry holds up well with the wings cast in one piece with the upper fuselage. I did have to carefully sand the joint between the wing and fuselage, but all I needed was a little superglue and a lot of patience. I deflected all the control surfaces to bring the model to life a bit. I’ll point out the etched parts of skids #11. I’m not sure if it’s necessary to glue them to the resin parts underneath. Maybe they are to provide strength. I did glue them on, but then I also sanded them down enough to blend in with the resin parts.

I got to spray red all over the plane for the first time, and also the rendering of the metal surface of the radiators was a first for me. I took a friend’s advice and used pink as a base before spraying red. It really worked and the red covered beautifully in just a few coats. I had more trouble with the brass paint. I tried Gunze MC219, but wasn’t too impressed with the paint job. I used the correct thinner, but the pigment started to sort of separate in the cup after a while and I had to stop spraying and stir the paint. Eventually, in a few separate sessions, I was able to successfully spray each radiator, but I broke a sweat doing it. After painting them, I re-polished them with AK’s True Metal brass paste to brighten up the surface a bit. Interesting stuff that will find more use with miniature painters, but I enjoyed it. Decaling is a few minutes work and I didn’t overdo the weathering either. The prototype didn’t get too much of a swim, let alone any flying. If you don’t mind spending a few extra Euros and want to display this beauty, SBS offers a wooden laser-carved base. I got one and I don’t regret it.

What to write in conclusion. Once again, SBS scores points with the quality and attractiveness of the model. Who doesn’t enjoy building just Messerschmitts and Mustangs around the clock, here’s something that will definitely shine in your aircraft collection (and perhaps even submarine collection ;-)). 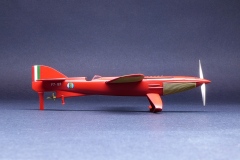 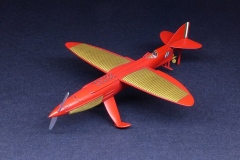