On the 2nd of April, 1982, at 16:00 four Pucarás from Grupo 3. de Ataque landed on BAM Malvinas. The plane A-529 piloted by Tenientes Daniel Lukic was a part of that small force. At this moment a short story of Pucarás in Falklands conflict began. Later, the A-529 was detached to another base on islands named BAM Cóndor. On the night of 15th May, a SAS attack resulted in six Pucarás destroyed or damaged, including my subject. Actually, the plane is restored on the display in a small RAF museum on the islands.

The definitive reason for building that particular plane was a nice photo. You can find it here . 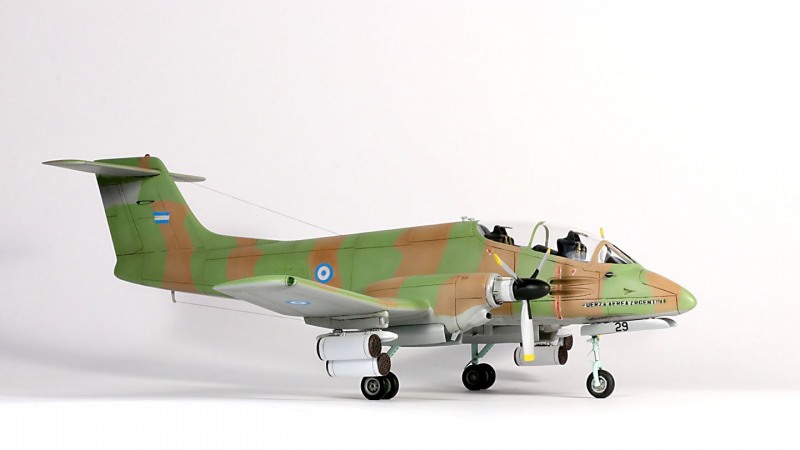 I think the Special Hobby kit is the only real kit available in scale 72. The kit is quite old short-run, which can not be compared with Special Hobby current products. Nevertheless, it is not needed to be afraid to build this kit. Especially for those who have good skills in building short-runs. For me, the only challenging point was rescribing all panel lines. Of course, also some sanding and filling are necessary. I made a lot of small improvements and corrections as well. I made lights in the wing pylons, fuel tank vents, probe on the starboard side and center rack, all from a scratch. Another thing worth mentioning is the correction of a bit deformed and narrow clear canopy in the middle section. It was solved by a small spacer covered by the canopy frame. Based on an old review, I was also prepared for a correction of some shapes. In fact, compared to photos and plans I realized it is not needed. 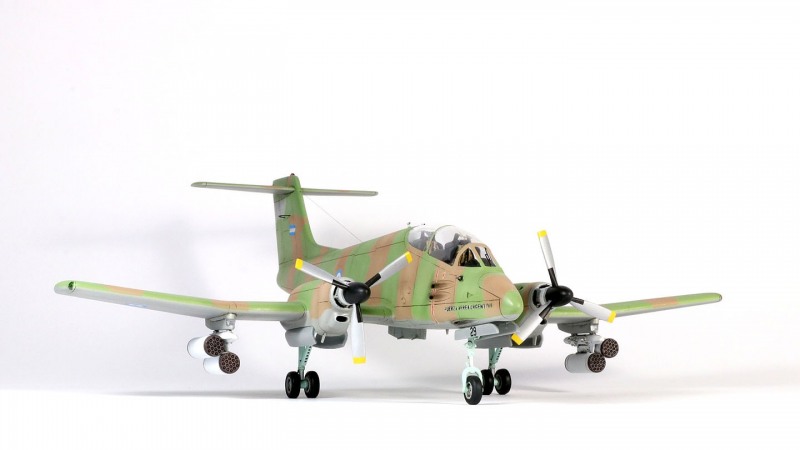 I have read in a book, that after a short time Argentinians realized that the silver color of Pucarás is not suitable camouflage for specific Falklands terrain. They mixed a white base with green and brown pigment to get appropriate shades. Then they applied it to all planes. The later deployed Pucaras were camouflaged on the mainland before departure to Malvinas. Well as they did it in the field, in batches with different people and at a different time, we can recognize several patterns of Pucará camouflages. Thanks to a color photo of A-529 I can easily recognize how to make the pattern. So I used the same procedure as Argentinian personnel. The colors are mixed from Tamiya acrylic paints.

The next issue I was dealing with, were decals. I was satisfied neither with the Special Hobby nor Xtradecals sheet. There are some imperfections and also I consider the camouflage pattern in Xtradecals instruction totally wrong. So on my kit, there is a combination of both sources. Argentinian cockades are printed externally in order to get an acceptable shade of blue.

In the end, I used Eduard aftermarket TER racks and LAU launchers from my stash. It is one of the probable armament configurations used during duties over the islands.
Well, now the Pucara stays together with other Falklands war subjects in my display cabinet. And I can think about building the next kit to collection 🙂 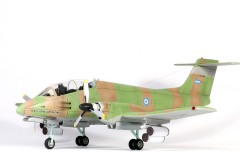 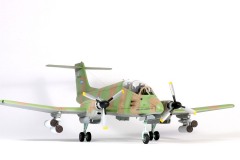 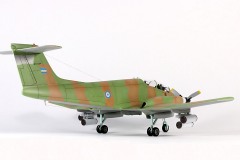 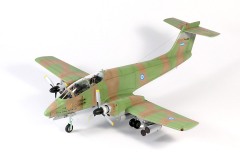 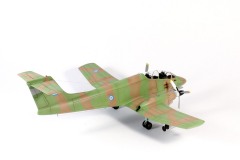 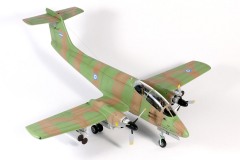 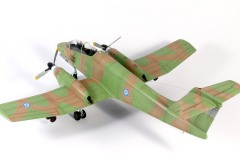 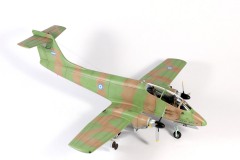