This model is unique in many ways. It is the first IBG kit I had in my hands and the first model with Greek markings in my collection. And last but not least, it is my very first model published on this blog. Thanks again for the invitation and offer to make me feel like home here.

Last year I’ve finished PZL.7 and PZL.11c both from Arma Hobby. I have always been attracted to these fabulous interwar planes. When I saw the “Twenty-four” in our local model shop I didn’t have to think about it much and bought one box for my growing PZL family. At first glance, the model looks like an ideal candidate for an easy build, out of the box in the shortest possible time. The box contains lots of small frames with parts nicely moulded, quite a large etched part and a decal sheet from Techmod. All in all, everything you need. BTW photo-etched control panel would be nice (can you hear me YAHU guys) but provided plastic version plus decal looks sufficient enough. Only addition were Eduard’s photo-etched seat belts. There is a couple of remarks regarding things which required extra work, the rest was business as usual and kit goes together well.

IBG offers basically two options for camouflage. One, prewar silver machines and second, camouflaged war machines. I’ve chosen the camouflaged one, more attractive as they saw combat against Italian invaders. I used following paints: lower side French blue-grey light Aeromaster, upper camo H405/H310 Gunze H. I wasn’t crazy (this time!) about the accuracy of used colours as the achieved result was in the line with an idea which I got from AIRMAGAZINE and internet. Details were painted with my favourite Vallejo Model Colours. For weathering were used Ammo panel liners, different shades and pigments for wheels. First time I tried AK weathering pencils for exhausts with good result. A useful new weapon in my weathering arsenal.

The whole build took me less than a month and I really enjoyed it. If IBG releases new boxing with Bulgarian markings I will definitely grab one for my stash.

Thanks for looking, comments are welcome! 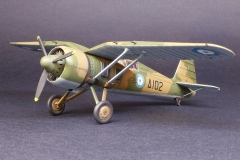 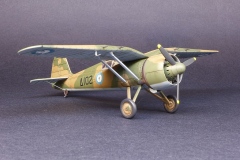 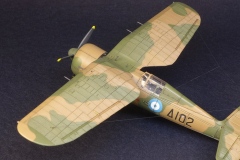 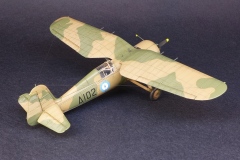 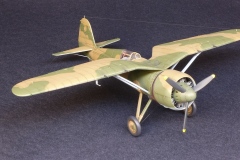 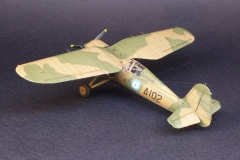 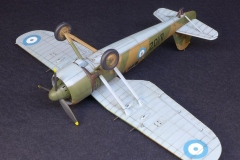 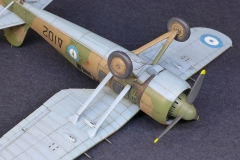 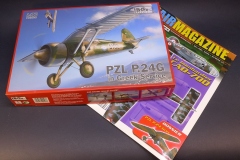