This kit caught my eye at the ModellBrno event while I came around a seller from Ukraine. I haven’t known this particular aircraft until that moment, neither the kit producer. After buying it, I opened the box with the well known sight of the Amodel kits with all their faults (and no pros…). Yet, the decals are the highlight of this kit. Produced by Decograph they can definitely compete with other famous brands. The preparation for the build contained searching the historical photos which were accessible mainly on Russian websites.

I chose to build the version with the big letters, Bristol Cherub engine, and covered second cockpit (to make it easier for myself). The fuselage contains the parts of seats, floor, pedals, sticks, and instrument panels. I added the Quinta Studion harnesses and a few wires only. The only adjustment was at the rudder – I needed to fit this part in the elevators. I upgraded the kit by rescribing, riveting, scratch building the engine, tail skid, and adding the tail wires and struts. Before I started painting, I applied the black surfacer, and then I painted the wings with Agama Red Line Aluminium Dope, the nose with Alclad Airframe Aluminium and the rest of the fuselage with Alclad Duraluminium. The small parts were painted with C8 Silver. I used Super Clear varnish and after applying the decals I put on the last layer of semi-gloss varnish. Black Panel Liner by Tamiya was used for highlighting the panels.

To sum up, it was a fast, almost relaxing build with some help from a file but also of modern methods. I am looking forward to what Avis will come up with the next time… 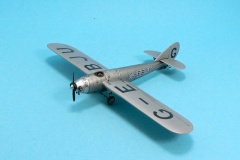 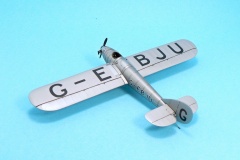 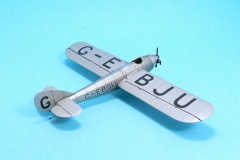 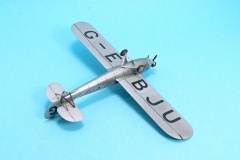