When I was a teenager, the first book I ever read about aircraft was a story of a very successful Czech aerobatic pilot Petr Jirmus. I still remember it. 30 years after, Brengun released a kit of Z-50LS including one marking of Jirmus’s mount. It was a big challenge to build that kit with “nostalgic” thoughts. 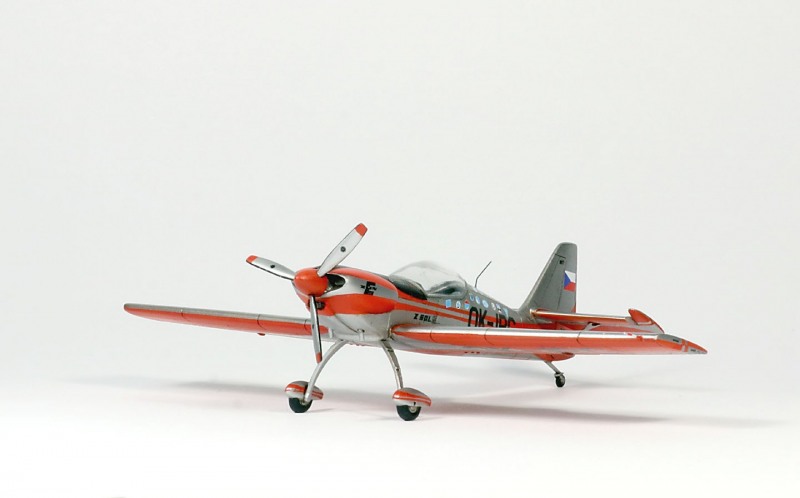 The build itself was simple and quick, but only to stage of surfacer finish. As the model is small, the red marking and strips were quite difficult. I made it using a combination of Brengun masks and handmade masks. Critical areas like wheel covers, and also various touchups everywhere are made by brush. Unfortunately, I am not sure how many Z-50 machines with the same marking OK-IRG were flown by Jirmus. I am convinced there were at least two machines. So my model is depicting one of them at an uncertain date. For other modelers, I would recommend studying some photos and focus on letter font or small insignias around the cockpit. But those could change flight from flight.

In the end, I got a model of a very significant Czech aircraft. 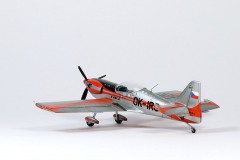 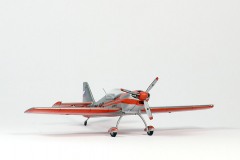 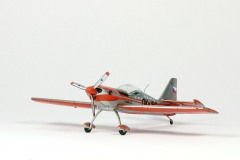 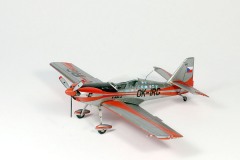 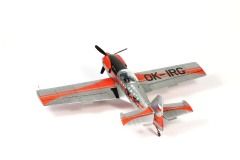 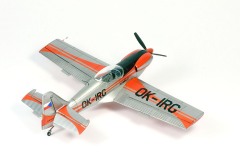