And here I go again! I managed to finish another Caudron plus I’ve cut from a big pie of open projects that frankly scares me a lot. There is no point in writing too much about the Caudron C.600 from SBS. After all, I already mentioned everything in the previous post described here. In this case, it is a civilian version of this sporty two-seater aircraft taken over by the French Air Force at the beginning of World War II. The machine after being fitted with distinctive cockades and sprayed with snaky camouflage was most likely used for liaison and training purposes. 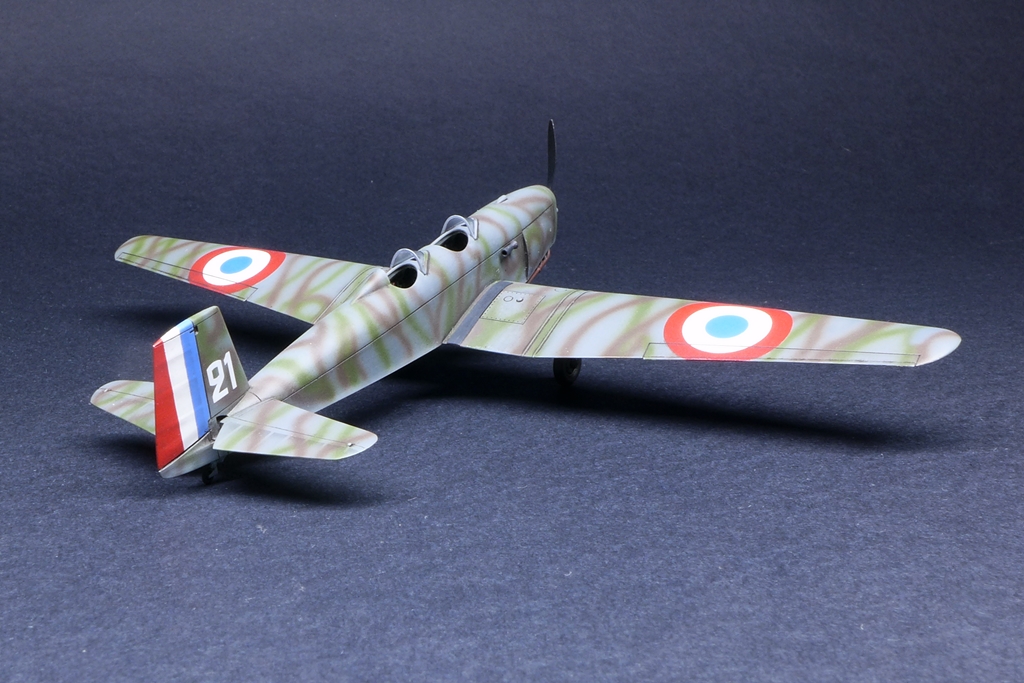 I brought the model with me from Mosonmagyaróvár show in 2020. As always my first steps are heading to the SBS stand to say Hi to my friends and buy the new kits that they prepare for the exhibition every year. Immediately after returning home I started working on the kit. The build was very fast because I went this road already couple times but as always it was only a matter of time before there was an obstacle on the straight path. Here it was my “traditional color problem”. I didn’t like the sprayed basic camouflage of darker blue-grey on the upper and lighter variants on the bottom. So I washed everything and sprayed a new combination. The result was better so I started spraying the snake camouflage. Unfortunately on the one hand I did not manage to achieve thin enough lines and at the same time I could not completely hit the type of camouflage according to the instructions. After two or three attempts ending in failure I was so pissed off that I washed the whole model again and put it aside. I was angry with myself and lost the will to continue. I devoted time to other projects and time flew by. This spring I returned to the kit and this time I used the new Iwata PB-HB pistol which I bought for such complex camouflages. Maybe it’s just s feeling and I could have sprayed the same thing with my older Evolution but the job with Iwata went pretty smoothly and I liked the result almost on the first try. Of course I had to adjust the shape and direction of the stripes in some places but overall I felt more confident with Iwata. Maybe the break and more distance helped me too. Anyway I finished the model and was happy with the result this time. I sprayed the marking using masks (thanks Andy!). One thing which I completely forgot is that there should be a civil code oversprayed but still showing through on the bottom. I don’t have the strength to do anything with it now and in additon it would require more masks. Anyway I promise that in the future I will return to the model and complete the code.

PS: I have a dream today …like JFK…and I see in my dream a large black wooden pad with the white Caudron logo, displaying all the Caudrons in my collection. The current status is 5 built, 4 waiting to be built and 1 to be purchased. So you can say I’m somewhere halfway to fulfilling this dream. Keep your fingers crossed for me 😉 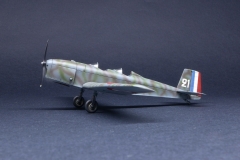 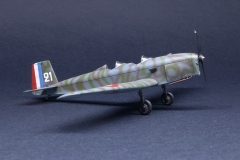 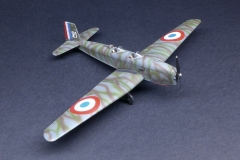 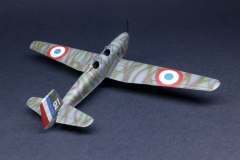 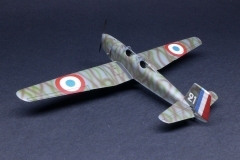 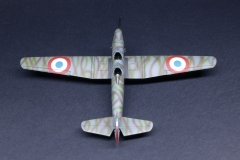