The P-47 M was the fastest subversion of the famous Thunderbolt plane. The legend says that the development of that variant was initiated by the commander of 56. FG who refused to change prefered Thunderbolts by Mustangs which became the standard fighter of 8th AF in Europe. The second rumour is more pragmatic and says that there was a need for fast fighter against V1 raids. But the only fact is, that the 130 manufactured planes were used exclusively only by 56 FG in England. Version M was developed from P-47 D dash 30. There was a more powerful Double Wasp R-2800C (2680kW) instaled and together with an improved turbocharger the plane reached 760km/h in 9700m. In comparison with the P-51 B/C with its 708 km/h in 9150 m. Due to the higher speed and unstable behaviour, there was added the dorsal fin which was mounted by units in the field. But there are also known photos of the M version without dorsal fin. The kit of M subversion is offered by Revell and MPM/Special Hobby, which is reboxing of the Academy kit with conversion pieces. But I picked a very nice Tamiya kit and did a little conversion there. I am aware that it is a compromise between accuracy and an easy straightforward build because Tamiya corresponds to P-47 D dash 25 lacking air brakes under the wings. I didn’t find any significant difference in the engine, therefore I used it straight out of the box. The only work was the addition of the Quickboost dorsal fin. It fits well, but the shape is a bit long. I realised it when glueing the antenna mast and corrected it on the almost finished kit.

The finished kit I corrected again. It seemed that the pose of the plane was a bit low. I decided to enlarge the wheel legs by about +1,5mm. The picture below shows enlarged legs without prolongation of leg covers yet. I made prolongation afterwards as they should reach the lower wing edge. 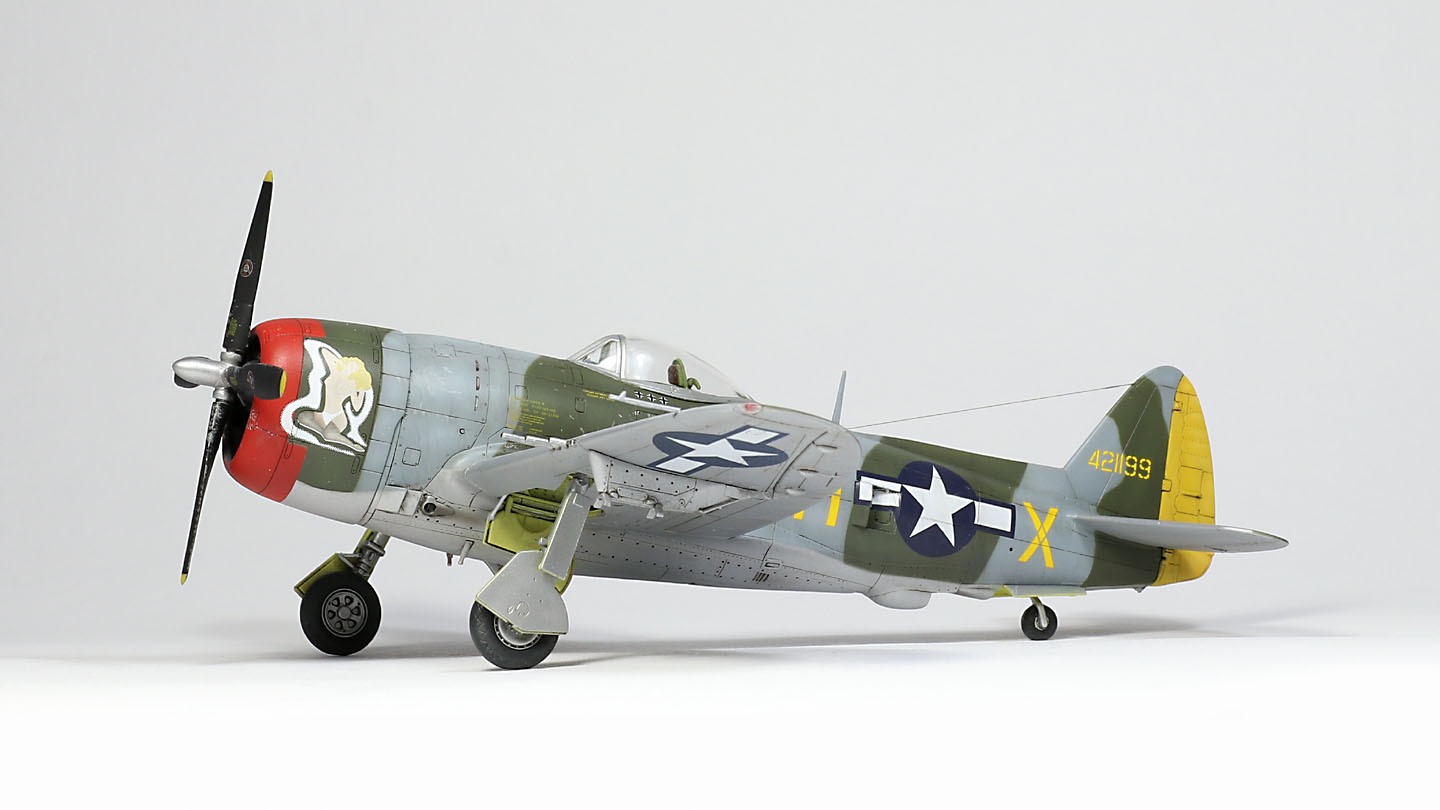 Besides the solely used P-47 M, the 56 FG was distinguished by a variety of nonstandard camouflages on its planes. In this case, it is a mount named “Josephine, My Flying Machine” from 62nd FS, 56th FG assigned to Lt. Leo Butiste. The plane wore a combination of dark green/ocean grey colour with leading edges and undersurfaces in NMF. Some sources say the dark green should be olive drab. But looking at the colour photos, for example here, it seems the dark green is the right one. Also, the ocean grey seems to have a paler shade. By my traditional procedure of mixing Tamiya colours, I reached acceptable shades. Decals are from kit Hobby 2000 (rebox Revell). The sheet is high quality and made by Cartograph. Unfortunately, the gentle transition of white colour surrounding the nose art reached the limits of silk-screen printing and if magnified, there is visible ugly raster. The last point that would need care is the size and position of USAF insignias, especially on the wing. This point I solved with help of photos of the real subject and the other planes of 56th FG.

In conclusion, even though some imperfections I am happy with this finished kit. 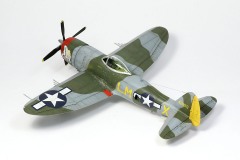 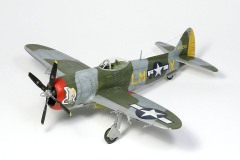 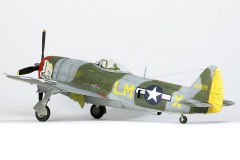 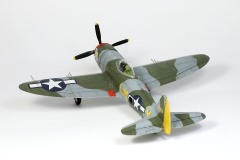 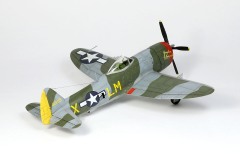 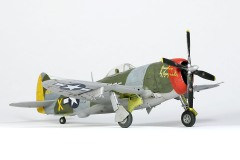 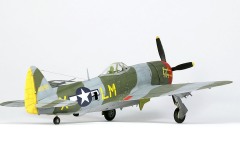 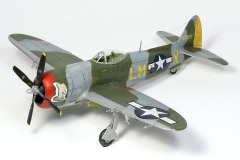