I always liked the biplane fighters of the pre-WWII period. In the RAF, one of the last biplane designs reaching the frontline service was the Gloster Gladiator. After a successful RAF introduction in mid 1935, Royal Navy’s Fleet Air Arm (FAA) showed interest in the type and had sixty Mk.II Gladiators modified for service with the FAA. These entered service in 1938 as Sea Gladiators. Best known Sea Gladiators are those used in the early defense of Malta. When pressed into service during the Spring of 1940, these Sea Gladiators were modified by having the dinghy packs removed along with the arrestor hooks. An armor plate sourced from the local Admiralty shops was installed in the cockpit behind the pilot. Arguably the most famous of these “Maltese defenders” is the Gloster Gladiator serial No. N5519, in which Flt. Lt. George Burges shot down an Italian S.79 on June 22 and a Macchi C.200 on the following day.

As a modeling subject, the Gladiator made it to the front of my project queue with the introduction of the Airfix’s new tooling. As the excellent aftermarket accessories for this kit piled up, I finally decided to dive into it. In the course of gathering references, I came across some great photos of the Gladiator undergoing restoration for the UK’s Shuttleworth Collection. With the help of these, I decided to build a partially stripped machine, exposing the fuselage interior and the engine compartment. 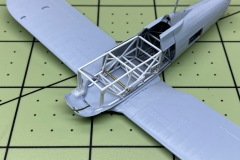 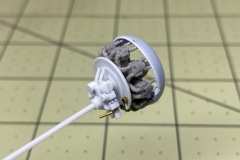 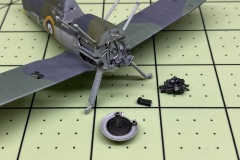 I started by drawing a scale 2D profile of the fuselage and the interior structures using Corel Draw software. This helped with fabrication of interior framing and correct placement of various components. Most of this was scratch-built from Evergreen styrene shapes, with metal tube and rod added as well. The resin bits from Aires/Quickboost along with the PE set from Eduard added a lot of realism, with the Bristol Mercury resin engine from SBS Models being a small model in its own right. The Airfix kit is very well done, although the canopy is a bit too thick (I vacuformed the sliding section of the canopy). Paint is mostly airbrushed GSI Mr.Color (lacquer), masked using Tamiya tape cut on a Cameo Silhouette plotter. Rigging is fine black EZ line. I had some of the decals custom printed.

I spent about 270 hours over the course of one year on this build, most of it in the construction phase. 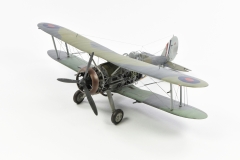 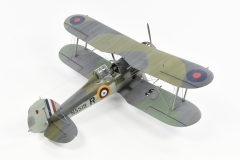 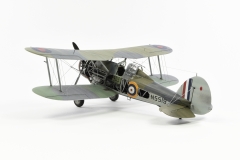 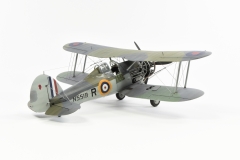 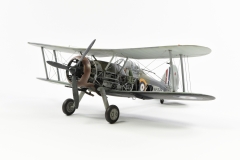 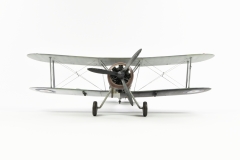 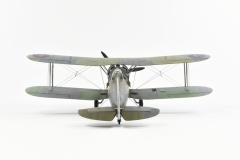 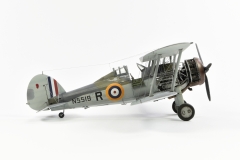 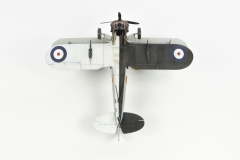 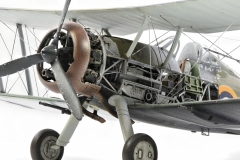 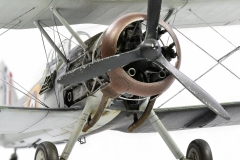 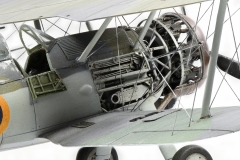