The build of Arma Hobby’s Hawker Hurricanes was a pleasant surprise for me. I really enjoyed those OOB builds. At first, I started the Hurricane Mk.IIc on our New year modeller event. During just two days of modelling, I had a rough build finished. I did small improvements (mirror, stirrup).

The camouflage depicts the Hurricane of Portugal air force. Around 115 Hurricanes mostly Mk IIc were delivered into Portugal and served till 1952 as one of the last Hurricanes in service. A machine no. 624 was a part of Escadrille de Caça 1. Colours I made should be the same or similar to DG/OG RAF shades which were over-sprayed during the overhaul. Decals are from LF models sheet named Portugal Hurricanes part II. Decals are made by different technology and therefore they are not good in register and little translucent. But the result was acceptable after some retouching and also adjusting the green colour to match the spinner and fuselage band. 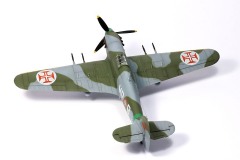 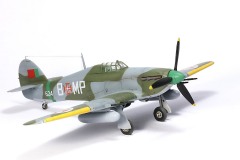 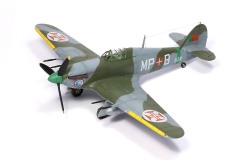 Fascinated by the first build I started also Hurricane Mk I as a part of a small group build dedicated to Battle of Britain adversary. Unfortunately, I didn’t realise that the Mk I kit is a bit inferior compared to the Mk IIc kit, which was improved in some aspects. This caused some troubles with landing gear assembly and also after spraying colours I had to sand off a wrong line on the engine cowling.

Marking I have chosen is a Hurricane of the Czechoslovak 310 squadron which contributed a lot to the victory in the BoB.
The mount with serial P3143 coded NNoD was most successful with six claims by several pilots in total. Bellow, you can find a list and the link to nice photos. The most popular picture is NNoD with pilots around in Duxford, dated Sept 7, 1940. The Hurricane was destroyed during an engine failure on Oct 16, 1940, with Sgt J. Chalupa killed. Thanks to my friend I could spray the code NNoD by cut-out mask. The other decals are from Plastic Planet decal sheet for 310 squadron. Unfortunately, there is any photographic evidence of presence little Czech national insignia on the cowling. Therefore I didn´t put it there as per the majority of sources. 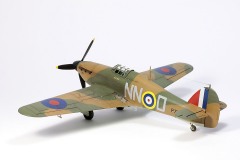 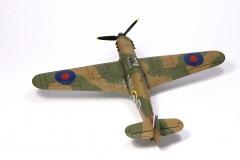 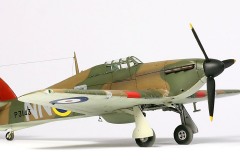 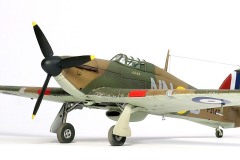 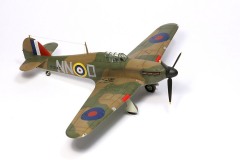 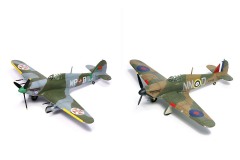 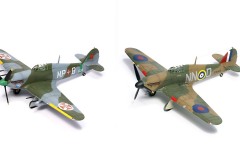 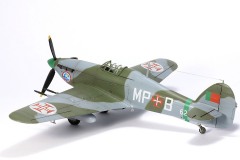