Avia B.534, a type that needs no introduction among Czechoslovak modelers. B.534 fighter was the backbone of the Czechoslovak Air Force during the second half of the 1930s and a symbol of our determination to defend our country against all aggressors. Unfortunately, the pilots flying these machines were never given a chance to turn their determination into action. Currently, anyone who wants to build an Avia B.534 has a choice of four kits. It is probably not surprising that they all originated in former Czechoslovakia or the Czech Republic. I sort them according to their age and quality.

That’s it for a basic overview. It’s up to everybody which way to go. I must admit I resisted Eduard’s model for a long time thanks to a large stock of unbuilt B.534s from the RS model. In the end, I changed my mind and decided to build a few pieces from Eduard as well. At first glance, it is a perfect kit, easy to assemble. Unfortunately, there is one big BUT, a completely unacceptable rendering of the fabric surface of the wings. Ports and stitching on the wings look strange and grossly exaggerated. What looks like an amazing detail in 1/32 scale, in 1/72 scale it gives the impression of something inappropriate, a really bad joke. I would not be able to accept something like this on my model.

Fortunately, the solution is not as difficult as it might seem at first glance. I sprayed the wings (vertical and horizontal stabilizers as well) with silver paint and carefully sanded the oversized stitching. Everything is about a little patience and after few hours wings look much better. The rest of the kit went together smoothly. Thanks to the clever design of the strut lock, the geometry can be easily maintained and the gluing of the upper wing is not as challenging as with other biplanes. I added a few details, see pics below. Rigging is made traditionally with a fishing line, threaded through the upper wing. Used colors: Agama Red line and Peewit mixed shades (from Vallejo Air) for Czechoslovak Air Force. Decals are a combination directly out of the box and a decal sheet from HR models. 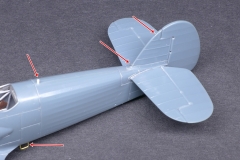 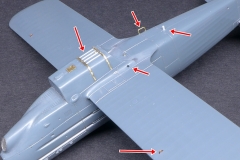 Contrary to my usual routine, I built two pieces simultaneously this time. Never again 🙂 First I completed the Avia B.534 3rd series from the 4th Air Regiment based in Hradec Králové. The 34th air squadron had a quite attractive marking considering how strict (and boring) were rules for pre-war camouflage in Czechoslovak Air Force. 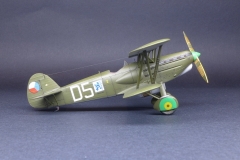 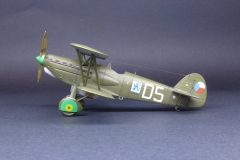 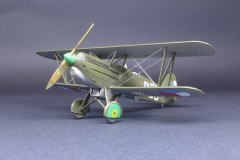 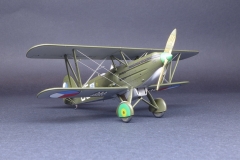 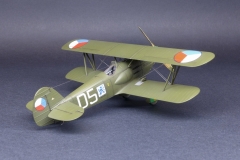 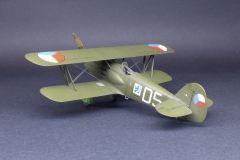 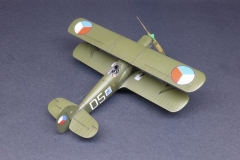 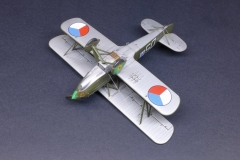 The second piece is Avia with a bubble canopy in the colors of SVZ (Slovakian Air Force during WWII). Those yellow stripes add a little flair, don’t you think? 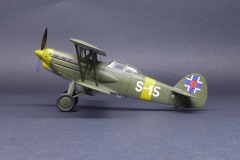 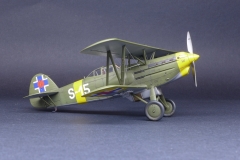 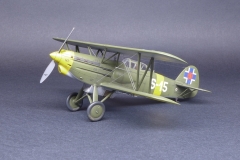 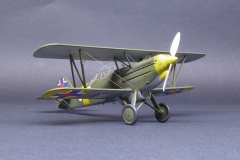 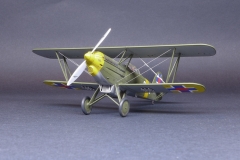 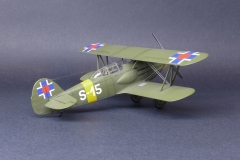 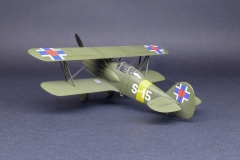 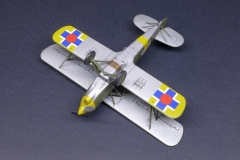 Despite my initial resistance, I must admit that after dealing with sewing on ports, Eduard’s model represents the easiest way to the desired collection of all versions of this attractive biplane. Thanks for looking, comments are welcome as always.