I started to build this kit as an attempt to resolve the mixing combination of colours Blue-Gray/Light Gray worn by US planes in 1941-1943. In the end, I also tried to do some wheatering as it is visible on the majority of Corsairs from its first deployment.

The build was easy, nevertheless, the Corsair is not the best kit from the Tamiya brand. Some small fitting and filling were necessary. The only additional work was the enlargement of the main gear wheel legs by about + 1mm as the pose of the plane seemed too low. Also in comparison with the Hobby Boss Corsair, there was a difference of more than 0,5 cm in spinner heights.

The camouflage depicts a mount of VMF-221 flown by Lt. Donald L Balch on Guadalcanal in the summer of 1943. Decals are a combination of Tamiya and Sky decals. Wheatering was done by use of traditional methods like post-shading and chipping. To make that camouflage pattern, I would recommend taking care of the appearance of the walkways on the wings. 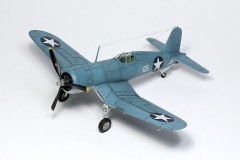 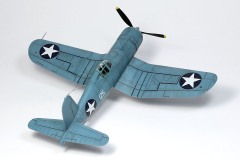 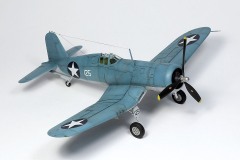 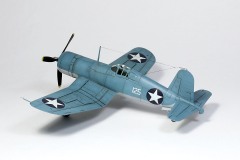 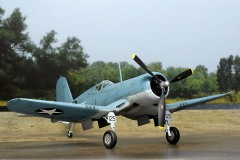 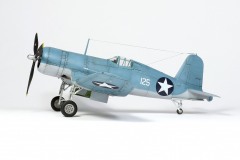