On December 7, 1941, Tora, Tora, Tora, announced the beginning of the Japanese attack on Pearl Harbor. Lt. Saburo Shindo in the cockpit of new delivered A6M2b Zero coded AI-102 from Akagi carrier was a part of it. On December 7, 2013, I was also shouting Tora, Tora, Tora as I was happy that my son Lukas was born 🙂 But let’s return to modelling. In my modeller carreer, I made a big change. After many years of using Hansa 281 airbrush, I bought a new Iwata.

To get used to a new functional system of the trigger I decided to make some easy camouflage of a Japanese aircraft made by a Japanese company. Considering the origin of my new airbrush and my usual Tamiya acrylic paints, this made it a 100% Japanese build 🙂

This was straightforward, OOB build. I only added antenna wire and gunsight glass. Unfortunately, as usual, photos discovered some imperfections, especially on canopy frame which I am going to correct afterwards. Even though there is the superb A6M2b Tamiya kit (which I am going to build as well), I would say the Hasegawa is still relevant. 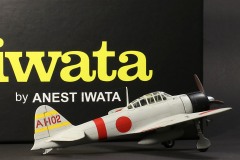 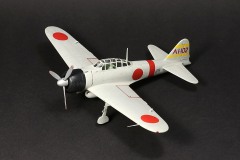 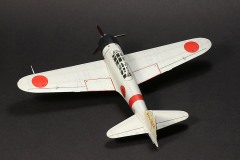 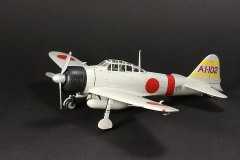 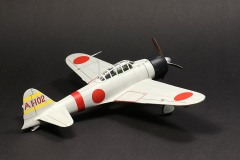 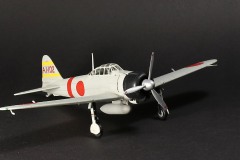 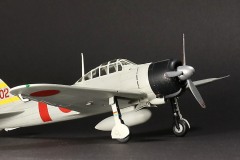 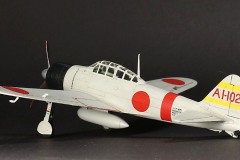